'This Has The Added Benefit of Being True!' 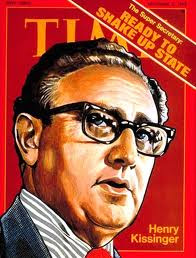 “The task of the leader is to get his people from where they are to where they have not been.”-Henry Kissinger

Henry Kissinger was the National Security Advisor and Secretary of State under Presidents Nixon and Ford in the 1970's. He was also quite the quote-meister as evidenced above.

We love finding data that goes against the 'conventional wisdom' of the day which many times is neither 'wise' nor 'conventional'.  Herds of people tend to glom onto the facts they agree with and ignore the rest which makes it very difficult to engage in a lot of open-minded discussions with people from both ends of the political spectrum.

One such 'conventional wisdom' is that 'the rich are not paying their fair share of the taxes!'  Another is that 'the rich are all wealthy people who inherited their wealth from their rich granddaddies such as the Rockefellers and the Mellons and John Jacob Astor!'  One more is that 'In order to ever balance the budget, we must raise taxes on the rich to get there!'

If enough people say that something is 'absolutely true', well, after awhile, enough people come to believe it so that it is 'perceived to be true' whether it actually is or not.

We found the following charts in a tweet from James Pethokoukis of CNBC and the American Enterprise Institute which we think everyone should take a look at before swallowing any more of the 'conventional wisdom' you might see from any source on any given day. (full blog posting at Pethokoukis)

You might want to take a look at them before you enter your next political/tax/budget conversation.

1.  50% of the Millionaires Who File Tax Returns Earned $1 Million in 1 Year Only

So Lebron James and all the other NBA/NFL/MLB stars who earn tens of millions every year are in the same category as Bill Gates and Warren Buffett as the 'filthy rich' because they actually earn over $1 million annually for a period of time versus the 50% of the people who make a million in one year due to the sale of a business or farm...and that is it. 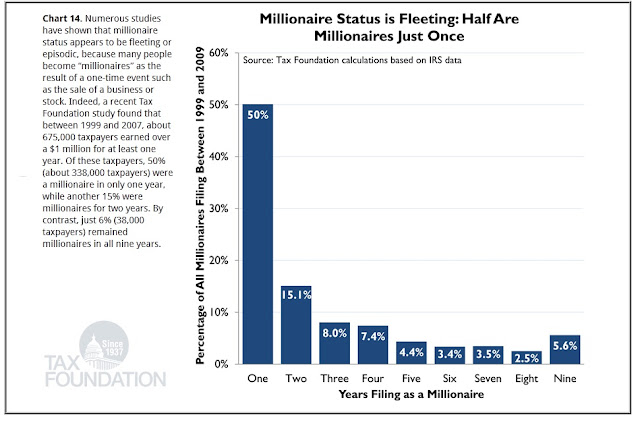 Married people or people who file jointly tend to report higher incomes to the IRS than households with 1 income-earner. Stands to obvious reason, yes? 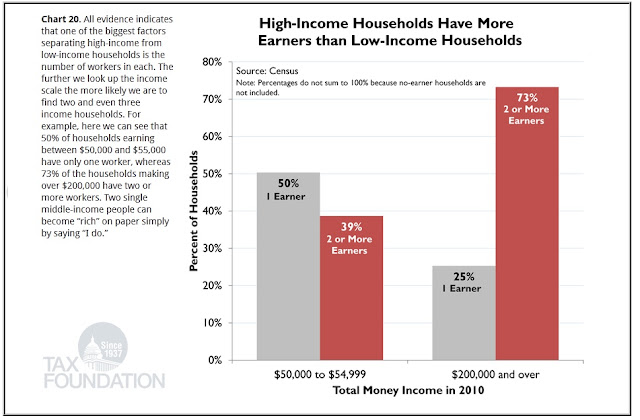 3. Baby Boomers Have Skewed the Numbers of High-Income Households As They Have Aged 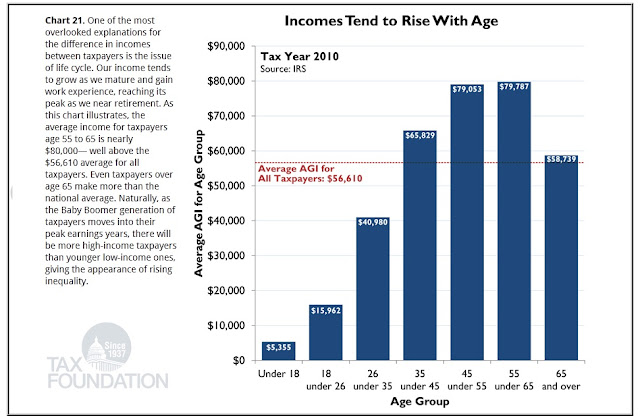 4.  Business Income for Smaller Private Companies and Partnerships Will Be Hit By Any Increase in Taxes on Incomes Over $200,000

It won't just be the 'fat cats' on Wall Street who will be dinged by any increase of taxes on income over $200,000 if President Obama gets his way on the tax impasse we are now facing. 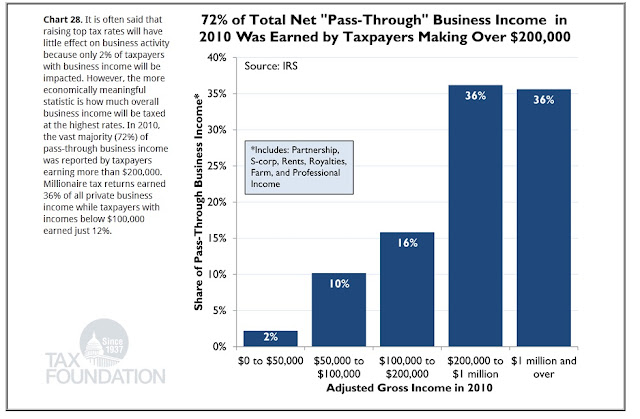 5.  We Could Confiscate The ENTIRE INCOME EARNED by Everyone in America Who Made Over $1 Million in Income (including LeBron James) in 2010....and We Would STILL NOT BALANCE THE BUDGET!

This one is so self-evident that it doesn't need any amplification. 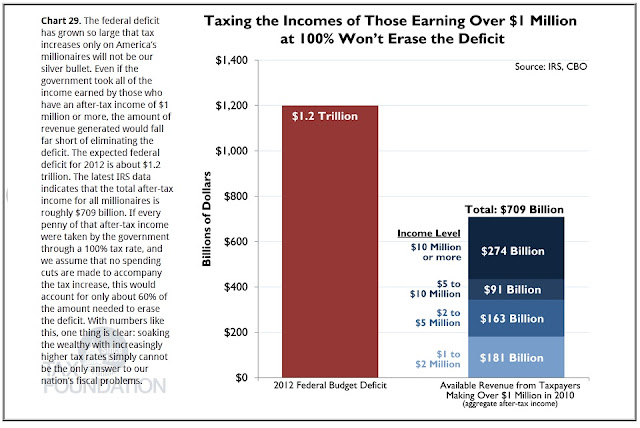 "This has the added benefit of being true". -Kissinger Quote #3

So do these charts.  Take a look at the full panoply of charts in Mr. Pethokoukis' blog noted above or go to the Tax Foundation website and download them yourself.  We can show you similar charts from CBO, OMB, the 'Green Book' from the House Ways and Means Committee or the Joint Committee on Taxation.  They all show the same basic facts which is where the Tax Foundation no doubt draws much of the data for their charts.

Arm yourself with facts and figures.  You'll be surprised how much easier it is to talk to people about these momentous issues we face...namely because you will 'dazzle them with your brilliance' and perhaps stir up some of the preconceived notions they have embedded in their brains.
Posted by Frank Hill at 4:52 PM