'The Man From Truth or Consequences, New Mexico''

Oops!  We meant to say: 'The Man from Hope, Arkansas!'

Aren't you getting a little tired of all this 'Hope' and 'Not Enough Change Left in Your Pockets' we keep hearing from the Democratic candidates?

Seriously. Bill Clinton can give a good speech.  He is a fantastic story-teller. He has a way to boil some very complicated and nuanced issues down into sound bites that every person from the moonshiner in the Ozarks of Arkansas to the Barons of Wall Street can understand.

How many times last night did you hear this phrase: 'Now, let me tell you one MORE thing!' (He spoke for over 50 minutes!  1 more hour and he would have rivaled Senator Edward Everett's 2-hour funeral oration ('ordeal' was more like it) before Abraham Lincoln gave his 2.5 minute masterpiece at Gettysburg)  Or how about: 'Hear me out on this!' 'Listen to me cause I am telling you the truth now!'

As opposed to 'not telling the truth in the past' perhaps?

We think it is more than high time to elect a President who hails from Truth or Consequences, New Mexico perhaps. As in: 'Who will tell the American people the truth about the dire situation facing us today and not try to lie or weasel his way into getting elected or re-elected to the White House?'

Let us count the ways:

1. 'Nobody could have fixed this economy any faster, not even me!'

Well, even the North Korean judge would have to give President Clinton a perfect 10 for chutzpah on this score.

Presidents don't 'fix' the economy.  Private sector businessmen and women and the people who work at their places of business 'fix' the economy. Presidents can propose legislative policies to Congress which then has to pass those policies into law that can and will affect these businesses one way or the other so then the President at the time can take 'credit' for creating jobs or the 'blame' for not doing so well in that regard.

21.4 million+ self-proprietors make their own way every single day in America doing something productive by themselves.  Plumber, accountant, doctor, lawyer, contractor, retail clothes shop owner.  They go to work every single day and make something happen.

Not the President or Congress.  Not even Bill Clinton.

2. The Republicans are trying to say Obama rolled back welfare reform that I GOT PASSED UNDER MY ADMINISTRATION!'

Well, what you did not hear from President Clinton was the truth about his entire time in Washington.  We were there and lived through it all and up close and personal on Capitol Hill for the first 2 years of his first term.

If Bill Clinton was from Truth or Consequences, NM (meaning 'If I don't tell the truth, may God strike me down with lightning as a 'consequence' of my fibbing!'), he would have said this in all candor:

'I like being all things to all people.  I am sort of a political chameleon whom people can project whatever they want onto my persona and I can be that for them.  I like to make people happy.  That is who I am as a person growing up as a child of an alcoholic. And I can (and did) change on a dime when political opportunities opened up for me or obstacles got in my way.  '

Bill Clinton tried to pass Obamacare 1.0 when it was called 'Hillarycare' in 1993-1994.  It went nowhere in a massive Democratic-controlled House of Representatives AND US Senate. Almost 60% majorities in both Houses of Congress: 57 Democratic Senators; 82 seat Democratic majority in the House.

He had his head handed to him in the 1994 Republican Revolution....and then Bill Clinton had some sense knocked into him and he became the moderate Southern Democrat again that everyone thought he was when he ran for President in the first place.

We hate to disappoint you all but Barack Obama is no Bill Clinton.  We see zero chance of him ever turning into a moderate Southern Democrat simply because he is not one.  He is a big-time Chicago politician who believes in hardball, knock-down, drag-down politics to win at all costs.  His political philosophy doesn't come out of the DLC or the modern Southern moderate Democrat playbook (mainly because they are evaporating and vaporizing as fast as the Elizabeth Warrens of the Democratic Party can kick them out of the party)

He was dragged kicking and screaming by the GOP Congress to pass welfare reform that he took credit for last night. Congress sent it to him no less than 5 times before he finally signed into law...'and millions of people were taken from welfare to work...under MY Administration!' he says last night.

We guess the GOP Congress and Senate had nothing to do with the success of welfare reform.  Oy vey.  Whatever.

3.'We had the greatest job creation under MY ADMINISTRATION than at any other time in history!'

Check this link out about the actual job creation that occurred under each US President.

Here's what we don't get about President Barack Obama:  Every President elected since the Great Depression that has come in AFTER the recession has already started BEFORE he got elected has enjoyed an amazing bounce in popularity and support soon thereafter.

'Simply because during the normal course of economic recovery, jobs typically explode coming off of a depressed base and that President gets the benefit of that recovery WHETHER HE HAD ANYTHING TO DO WITH IT OR NOT!'

You do the right things as President right out of the chute on Day One of your Presidency to inspire confidence and get government out of the way of the private sector....and people will start investing and growing the economy again.  Most, if not all, of the business folk we talk with say they are petrified of hiring any more people because they don't know what the tax or regulatory environment is going to be under this President even 4 months from now.  (witness the 'fiscal cliff' if you want to know how to frustrate economic growth in the private sector as Exhibit B.  Obamacare is Exhibit A)

Bill Clinton got a massive boost in job growth in his first two years mainly because the recession of 1991-1992 hit during the tail-end of the only term of George H.W. Bush 41 in the White House and the economy was recovering by 1993-94 after Clinton was sworn in on January 20, 1993.

Had President Obama pursued a different course of action in 2009-2010 than the ones he pursued, we think this economy would be far better off and we would have far less debt to deal with going forward.  Economies respond to leadership and less regulations and piling on of federal control rather than the yokes and reins the Obama Administration tried to do as a copy from the FDR Administrations.

(Remember: The Great Depression lasted 10 FULL years under FDR.  There is evidence to suggest that had FDR adopted more free market policies long about 1930-32 or so, the American economy might have recovered faster long about 1934 or 35 or so instead of waiting until Pearl Harbor threw us in the WWII and the American manufacturing plant was converted into the most awesome war-making machine the world has ever known)

Coupled with the job growth under Bill Clinton was the concomitant balancing of the budget from 1998-2001 due to actions that President Clinton did in fact take during his term in office such as signing the Balanced Budget Act of 1997. But it was also due to other factors that all conspired to create a perfect storm of such that caused Washington to be awash in tax revenues at the exact same time that spending was held down to a 2% annual growth rate for the last 5 years of the 1990's decade.

Bill Clinton and the Democrats passed his first budget in 1993 that included tax hikes on the wealthy and other adjustments to income deductions and exclusions.  There were no Republican votes for these tax hikes.

Then GOP Majority Leader Newt Gingrich and Dick Armey took to the floor to announce that the US would encounter an 'economic Armageddon' if the tax hikes were passed.  They were passed and no Armageddon occurred.

Treasury Secretary Robert Rubin helped convince Wall Street that the Clinton White House had a plan to get our finances in order and interest rates plummeted which helped fuel the surge in new investment and jobs.

We were getting the salutary budget effects of the winding-down of the First Iraq War as the US entered a relatively peaceful time in our military history for close to an entire decade.

Internet gurus were just starting to gear up new businesses in the Silicon Valley and venture capital firms were just about to unleash perhaps the largest armada of investment capital in the US since the Industrial Revolution which later led to massive capital gains tax payments that even CBO analysts said were totally 'unexpected' and unplanned for. $100 BILLION in capital gains tax payments came in one year over estimates which meant something when annual federal budgets only totalled $1.8 trillion as of 1999 (versus $3.6 trillion 12 years later)

And the one thing President Clinton never mentions and failed to do so again as if on cue last night was the vast impact on the balanced budgets of 1998-2001 caused by the PAYGO and budgetary caps signed into law by President Bush 41 in the 1990 Budget Agreement.

Republicans in the 1990's adhered to those PAYGO requirements (because they worked) and overall spending growth was held to around 2% per annum for the last 5 years of the 90's decade. You can look it up but long-time readers know they can trust us by now to get all the facts they need right here. 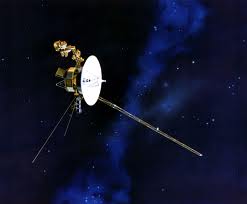 We are further away from balancing the budget under President Barack Obama than the spaceship Voyager, which is about to leave our solar system after traveling for the past 35 years at 38,000 miles per hour, is away from Planet Earth.

While we might not be from Truth or Consequences, New Mexico, we happen to know where Hell, Michigan and Looneyville, Texas are...and both are on 'yellow-brick roads' on the way 'paved with good intentions'.

We don't want to see America headed down the fiscally misguided roadmap for the future as has been laid out by President Obama and his advisors over these past 4 years.  No matter how good of a story-teller President William Jefferson Clinton might be.

To learn more, visit InstitutePublicTrust.org
Posted by Frank Hill at 4:12 AM