The Hazards of Taxing Too Much

Everyone knows that when people are taxed too much, they do something rash.

The Boston Tea Party in 1773 is perhaps the most famous action against excessive taxation by the British authorities. Without that one act, we all might still be drinking tea as our main hot beverage of choice, rather than coffee which the public switched to during that time.

On a more civil note, one of the first rebellions against excessive taxation organized solely by women occurred in Edenton, North Carolina in 1774 when Mrs. Penelope Barker got 51 women to boycott tea forever. That got the attention of the English press…what would the British tea industry do if every American woman boycotted the purchase of their tea? 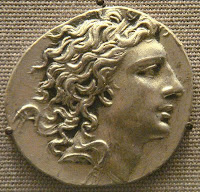 But when it comes to taxing people or producers of wealth too much, nothing beats the story of Mithridates, King of Pontus in what is now the modern country of Turkey.
The Roman Empire was losing its hold on the region and Mithridates, who claimed to be a direct descendant of Alexander the Great, sought to break their reach completely.

In retaliation for excessive taxation from the Roman authorities, Mithridates ordered the execution of Manius Aquillius, the Roman commissioner.

“Falling ill at just the wrong moment, the unfortunate Aquillius was captured and dragged back to Pergamum, shackled all the way to a 7-foot barbarian. After tying him to an ass and parading him through jeering crowds, Mithridates next ordered some treasure melted down.

When all had been prepared, Aquillius’s head was jerked back, his mouth forced open and the molten metal poured down his throat. ‘Warmongers against every nation, people and king under the sun, the Romans only have one abiding motive---greed, deep-seated, for empire and riches”(a)

This had been the verdict of Mithridates on the republic and now, in the person of her legate in Asia, he exacted symbolic justice. Manius Aquillius choked to death on gold”.