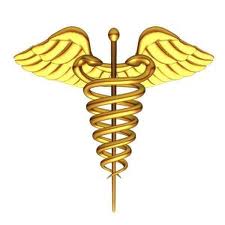 Grace-Marie Turner of the Galen Institute writing on what Governor Romney originally proposed in Massachusetts and what ultimately happened to it under an 87% Democratic majority in the legislature.(below)

The key thing to remember is that Romney originally proposed purchasing a high-end catastrophic health care plan to cover everyone in the state with income support based on need.  Which is precisely what we think is needed to improve Medicare and Medicaid for that matter and have thought so since 1991 when virtually everyone on the House Budget Committee Republican side thought the same thing!

The other thing to remember is that states are incubators of ideas for things such as health care reform basically because of the 10th Amendment where 'The powers not delegated to the United States by the Constitution, nor prohibited by it to the States, are reserved to the States respectively, or to the people.'

Governors and legislatures are supposed to try new ideas out at the state level first before the federal government passes them into law!  If they don't work, don't pass them at the national level.

No Governor or President or legislature for that matter can pass a law etched into stone that no subsequent body or executive can ever amend (thank God!).  Same is what happened with Governor Romney in Massachusetts.

He started out with a goal for universal coverage utilizing the private sector which is precisely what every Republican advocated the entire time we were serving in Congress. Sounds like he would do the same thing as President if elected.

And, much to our ever-loving delight....Governor Romney will be 99.99% different from both President Bush 43 and President Obama 1:  ROMNEY KNOWS WHERE THE VETO PEN IS AND HOW TO USE IT!

That, in an of itself, is enough to elect him in our opinion.  Channel the spirit of the last veto-happy president, Gerald R. Ford and veto a few hundred spending bills, to hold spending constant for eight years and we will balance the budget through spending restraint alone.

'Illinois senator Dick Durbin, the second-ranking Democrat in the Senate, said on MSNBC’s Morning Joe today that Mitt Romney is the “the baby daddy of Obamacare.”

In a piece I wrote for The American Spectator this spring, “Romney’s best defense: The truth about Romneycare,” I explained that the final version of the Massachusetts law diverged significantly from Romney’s vision for reform. He vetoed eight provisions, all of which were overridden by the overwhelmingly Democratic legislature. And Romney’s successor, Governor Deval Patrick, has taken a much more liberal approach to implementing the law.

I argued that Romney could calm conservatives worried about Romneycare “if he were to more fully explain the difference between his vision for reform and the law that ultimately was enacted in Massachusetts.”

Here are the relevant excerpts:

During the presidential debate in Jacksonville, Florida, in late January, Romney took a small step in this direction when he acknowledged that his successor, Gov. Deval Patrick, has taken a much more liberal track in implementing Romneycare.  ”If I were governor,” Romney said, “it would work a heck of a lot better.” Indeed, when it passed the law, the legislature was counting on a Democrat governor to succeed Romney to put the real regulatory thumb screws in place.

The Massachusetts law is different in important ways from the plan that Romney pushed as governor. Few voters know, for example, that Romney strongly opposed the employer mandate and wanted an escape from the individual mandate — allowing people to instead be able to post a bond if they were uninsured and had big medical bills. When Romney signed the law, he believed it contained the escape hatch, but legislators removed it before final passage.

Romney vetoed eight provisions of the Massachusetts bill, and every one of his vetoes was overridden by the legislature. Should Romney have known this was likely? Yes. Should he have known exactly what he was signing? Absolutely. But voters may be more forgiving if he tells them he wanted to give citizens and employers a way out. . . .

Gov. Romney’s support for states’ rights is important, saying the law worked for Massachusetts but that other states need their own solutions in our diverse and complex country. But conservatives would feel better knowing what he initially proposed in the Bay State. For example:

• Mandate escape. Few voters know that Romney wanted an escape from the individual mandate. Voters may be more forgiving if he were to tell them he wanted to give citizens a way out and that he strongly opposed the employer mandate.

• Real insurance. Romney wanted people to be able to purchase real health insurance that would have covered catastrophic events. Instead, the legislature insisted on including all of the 50-plus health insurance mandates already on the books. The legislature allowed the high-deductible plans only for some young people aged 18-26.

After the Massachusetts law was passed by the legislature, Romney continued to try to reshape it with his line-item veto.

• Employer mandate: Vetoed. The bill called for a mandate on employers with 11 or more workers to provide health coverage or pay an annual fee of $295 per worker. Overridden.

• Covering certain immigrants: Vetoed. The bill included a provision that would allow some non-citizens to qualify for coverage under the new health plan. Overridden.

Gov. Romney must clarify that in working with a Republican Congress on a new health reform agenda, he would start with a very different vision than Romneycare and work much harder to make sure the consumer-friendly structure is what becomes law.

The Manhattan Institute’s Avik Roy (a Romney health-care adviser) takes an even deeper dive into the differences between the two laws. Highly recommended.'

To learn more, visit InstitutePublicTrust.org
Posted by Frank Hill at 5:28 AM