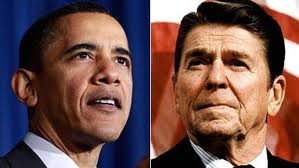 Here's some insight from Ed Goeas of the great polling firm, The Tarrance Group, about the connection between President Obama's somewhat muted enthusiasm during his speech Thursday night in Charlotte and the awful job numbers announced 10 hours later Friday morning.


'We now know why the President's speech was flat (Thursday) night . . . he received the latest jobs numbers (Thursday) afternoon that we are now seeing this (Friday) morning.

More importantly, while unemployment number dropped from 8.3% to 8.1%, it was because 368,000 more Americans gave up looking for work. That's 3.8 workers giving up and leaving the workforce for every new (single) job created.

Democratic Convention bracketed by the National Debt going over $16 trillion on the front end and a bad jobs report on the back end.

The real question is: "Can we afford four more years of Barack Obama with the lowest percentage of adult Americans working in 32 years?"

Just to put some meat on the bones of this most recent jobs report, here is a visual description of what has happened in the adult job-seeking and eligible market for the past 32 years since Ronald Reagan took office in the midst of perhaps the second worst recession after this one since the Great Depression.
This is data collected straight from the Bureau of Labor Statistics, as dry of a statistical analysis place as there can be on Planet Earth.  It is like the coal mines of Pennsylvania; hardcore essential work is done in both places but what they bring out of both of these 'mines' helps fuel the economy, coal for industry and power plants and labor and economic data for business planners and investment people.

What this amazing chart tells us is this:

Beginning long about 1982 or so, or when the recession that started under President Carter that brought us 21% interest rates and 12% annual inflation (don't laugh, young people!  It happened here in America and it could happen again) finally began to abate and President Reagan's policies started to take root, more and more women started to enter the work force and the advent of the two-income families started in earnest.

Some of it was because of economic necessity.  Ever try paying a 21% home mortgage on one income?  Many women were literally forced into the workplace just to be able to help pay the mortgage to keep their homes and to pay for the bread on their table that was doubling in price seemingly every time they went to the local food store.

Much of it had to due with the rising freedoms women were demanding in the workplace as well as equal rights across the board.  Today, many universities have student bodies consisting of close to 2/3's female students and businesses and boardrooms are fully integrated with men and women sharing responsibilities and leadership roles.

So let's take another look at this chart and ask: 'What was the population of America in 1980 and what does that mean for the current jobs report that came out yesterday?'

Not every adult can or wants to work given their age (retirement); health or disability situation or just plain don't have to (married well or inherited it) or don't want to.

The key fact in any employment report that comes out is the 'labor participation rate' as indicated in the chart above. It is more important than the announced 'unemployment rate' because it captures the number of adults in the US economy who either: 1) have a job today and are currently working and 2) want to find a job and are currently looking for work.

If you get discouraged because you have been looking for work for a long time and can't find one or you can't or won't start your own business, then you 'drop out' of the official workforce and are no longer considered part of the active workforce for whatever reason.

It is like you have 'involuntarily retired' from the workforce.

THAT is the trend-line that is so very disturbing about the impact of the Obama policies as reflected in the chart above.

'It is going completely in the wrong direction.'

Statistical experts will say that the 'slope of the line shows a downward pattern' or 'analysis shows a regression to the mean that is in a downward trend' or something to that effect.

The average man on the street will just say: 'I can't find a job.  And that sucks! For me and my family!'

If you are a recent college grad, you might find work in the next year or two.  Or maybe not.

Care to bet the farm this year that President Obama's policies will finally come through and work by 2014 or 2015 and you can finally enter the workplace and move out of your parents' basement where the faded Obama posters from 2008 will still be hanging long after you are gone?

Getting back to the cold hard numbers, what does this 'participation rate' mean in terms of the numbers of people who were out of work in 1980 versus 2012?

8% unemployment rate in 1980 meant that 6.7 million Americans were either out of work or stopped looking for work altogether.

8.1% today under President Obama means that close to 13 million Americans are either out of work or stopped looking for work altogether. That is a lot of pain and suffering that even we can empathize with Bill Clinton as he 'feels your pain' as well.

(Here's a link from the BLS for you to take a look at and see for yourself what has happened to employment and unemployment for the past 32 years yourself.  We don't make this stuff up, you know out of thin air like apparently some other people do....in politics, on the news, in their blogs, whatever.  It is pretty dishonest, isn't it?)

It is up to you to decide whether or not this trend-line gets broken or not and starts to turn back upwards again. You could try to hire 13 million unemployed Americans if you want to and have the skills and tools to start a company that will absorb all these unemployed workers.

Or you can vote against President Obama who has doubled-down on the bet he has already made in his first 4 years as our President that more federal spending and regulation will somehow finally turn this economy around as he promised it would do in 2008.

There has never been a documented time in America where massive federal spending alone and debt-accumulation has 'turned the economy around' and ignited an economic boom outside of wartime such as World War II where all available manufacturing and science and development was dedicated to defeating Hitler and Tojo.

If you have read Keynes' short and actually pretty well-written and entertaining (for an economist at least) book, 'The General Theory of Employment, Interest and Money' (how many of you have actually read it or know someone who will admit it?), you'll see that Lord Keynes himself primarily saw federal stimulus, either as direct spending or tax cuts (that is the other side of the same coin here) as a means to arrest the downward crash of economies and help people eat and at least put a stable floor in so the economy can at least breathe for awhile before trying to recover.

But Keynes ALSO said that when the economy is stabilized and begins to grow again, federal stimulus should stop because the accumulation of too much debt is 'stupid, idiotic and reserved only for the criminally insane' in terms of public policy.

(ok, so we embellished a little bit here....so sue us)

The 'animal spirits' described by yet another Brit, Adam Smith in 1776, need to be unleashed to take a recovering economy back to its more normal rates of growth and then employment will return to its historical mean or 'normal level'.

That is where President Obama and his advisors have got it all wrong now and are placing all the wrong bets on the table. His call for more regulation, more federal intervention and more taxes in the short-run run counter to even what Lord John Maynard Keynes advocated in his own book!

President Reagan proved that you could walk into a messy situation in 1981 and not blame your predecessor for leaving jelly stains on the White House linens, take control of the economy and lead it into an explosive time of optimism, growth and prosperity.

The perilous economic time Reagan came into was not a far distant second to the situation President Obama walked into in 2009.  You didn't hear him bitch and moan all the flipping time about Jimmy Carter after he was sworn in as POTUS in 1981, did you?

Reagan got it right.  Do you really trust President Obama's double-down bets on more federal spending will ever work or should we try a President Romney to help lead us out of this mess?

It truly is up to you to decide now.

To learn more, visit; InstitutePublicTrust.org
Posted by Frank Hill at 4:10 AM