Payback Is Not Always A Good Thing

At least not when it comes to running a constitutional democratic republic, it is not a 'good thing'.

It might 'feel good' for the moment and provide a temporary sense of happiness at 'turnabout being fair play' and all that. But this is not a child's game our elected leaders are playing; it is running the greatest elective representative democracy the world has ever known.

We should run it the right way.

The US Senate, under the control of Democrats and under the leadership of now-retiring Harry Reid of Nevada, changed the rules of the US Senate on 11/22/2013 to allow a simple majority vote on all presidential nominations except for Supreme Court nominations.

It passed 52-48. Democrats held 53 seats at the time and 2 Independents, including Bernie Sanders, typically caucused and voted with the Democrat majority. 3 Democrat Senators voted against the motion.

'So what?' you might say. 'The Republicans were just stonewalling against anything and everything President Obama was doing ever since he got elected in 2008! Harry Reid had to do this to get something done for the nation!'

Here's the 'so-what': Now that President-Elect Trump has a majority of Republicans in the US Senate, he could get Yogi Bear and Boo-Boo confirmed to serve in any presidential appointee capacity he wanted if the Senate continues to adhere to the so-called 'nuclear option' precedent set forth by Senator Reid.

We hope Senate Republicans will vote to restore Senate rules back to the threshold of 60 immediately upon being sworn-in in early January 2017. In fact, we don't mind if the Senate returns to the concept of 'unanimous consent' and abolishes the 60-vote threshold altogether and returns to the days when 1 US Senator could stage a filibuster like Jimmy Stewart did in 'Mr. Smith Goes To Washington' and shut down proceedings for days. 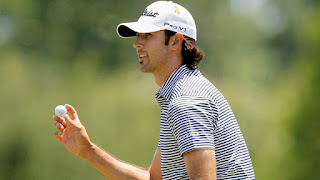 Not following the simple majority Senate rules for presidential nominees as put forth by Harry Reid in 2013 may sound like a retreat for any conservative Senator who endured and suffered through the years of Senator Reid who might have been as ruthless of a Senate Leader there ever was. There certainly will be no glowing biographies of the days of Harry Reid as there have been about Henry Clay or any other Senate Majority Leader in our nation's history.

But it would be the right thing to do for our nation and our constitutional government. Just because a person or a political party does something really dumb like lead a bunch of lemmings off a cliff into the raging ocean below does not mean everyone else who follows should be equally as ethically and intellectually-challenged, does it?

Resisting the temptation to continue the wrong policy set forth by Senator Reid would show the nation that the Republicans are indeed the 'adults in the room' and ready to lead again.