The Committee on the Fiscal Future of the United States 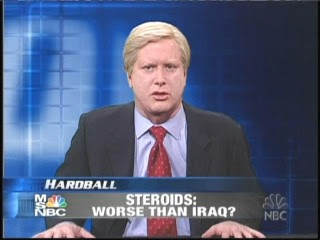 Rudolph Penner, formerly director of the Congressional Budget Office, recently put out a report aptly named 'Choosing the Nation's Fiscal Future' sponsored by the Committee on the Fiscal Future of the United States.

Derek Thompson of the Atlantic has a nice lead-in to the report with the great alluring title "How to Control Debt Without Touching Taxes" so if all you can do right now is read his brief article, do just that.

It might make you feel a little bit better about the future of this country for today at least....it can be done, as long as we, the living, breathing adult Americans of this nation, decide it is the right thing to do and put pressure on our elected officials to pass these much-needed reforms and new responsible fiscal policies.

The full report is 338 pages of clear explanations of how to at least get our fiscal house in order to keep public debt to GDP ratio to 60% by 2020 which is at least a manageable level by most economic experts nowadays.

In it, you will see what it takes to get our fiscal house back in line all with federal budget cuts, 'federal liposuction', if you will, and no tax hikes...unless you consider capping 'Cadillac' health insurance plans at some standard level of benefits a 'tax hike'.  You are paying for the difference nowadays anyway so if you don't mind subsidizing the status quo so groups like the labor unions can enjoy health benefits roughly triple or quadruple those in the standard BCBS plans you might be in, come up with some other massive change that will make up the difference.

And, if you are so inclined, you can see what it would take if we keep federal spending at the same high level of spending relative to GDP that we have currently in place....and then have to pay for it through higher taxes on ourselves, not pass it along to our children to bear on their young shoulders all by themselves.

Our thought is that if something is good enough to pass for the whole country, then everyone should pay for it some way or another. Continuous perpetuation of the urban and rural 'myth' that 'all we have to do is pass higher taxes on people making over $250,000 per year and we'll be ok' has done irreparable harm to the people of this country who have been convinced that there is a free lunch out there waiting to be delivered to their tables by the same rich people.  It ain't gonna happen and there are not enough rich people to shake down to balance our budgets anyway....they'll all go to Switzerland before the IRS can shake them down to take all of their wealth.

So the next time someone like Chris Matthews on MSNBC's 'Hardball' challenges you and says: "Well, then, Mr. or Mrs. Smarty-Pants, since you know everything about everything, what would you cut in spending to balance the budget?", you can whip out this 338-page report and start reading every single proposal out to him on national television.

Or at least the meager number of folks who actually still watch the chattering head shows on MSNBC, that is.

picture courtesy of www.democraticunderground.com
Posted by Frank Hill at 10:43 AM