America: You Have Been Cheated, Hurt and Lied To... 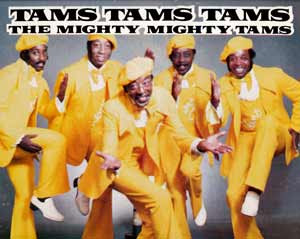 You might as well go ahead and click on this great song by The Tams, “I’ve Been Hurt” to listen to as background while you read the rest of this article, and especially shout out the words, ‘Baby you cheated, mistreated, you cheated, cheated on me. And you told me, you told me… You told me a whole lot of lies’....

It will be the highlight of your day, to be honest about it.

According to several experts in federal budget accounting, this Obama/Pelosi/Reid Health Care Reform (sic?) bill will NOT reduce budget deficits by itself going forward.  Not by a long shot. Not in the next 10 years up to 2020 or the ensuing decade between 2020-2030.

You are going to hear a lot of self-congratulations and harrumphing over the coming days trumpeting that ‘this health care bill will reduce our budget deficits by $138 billion in the next decade and over $1 trillion over the next decade.’ Huh?  We are adding over 20 million people to the federal rolls for health care coverage and support and that added expense is going to reduce spending in a stupendous way over the next 20 years?

It is a whole lotta lies.

And who really can predict what will happen tomorrow, much less 20 years from now? Even in early 2008, no economist (except NYU’s “Doctor of Doom”, Noriel Roubini, that is) predicted this humongous financial meltdown we are now still in…so how can anyone be so sure about something happening in 2029?

These claims of ‘savings’ or any deficit-reduction touted as a result solely of this health care reform package are not real or true.  That is a very important distinction.  Why?  Because in their infinite wisdom, the Democrat writers of this bill knew they couldn’t make the numbers work on the health care side of things from the beginning. So they did what any clever budgeteer would do: they added a couple of other bills including reform of student loans and a long-term health care bill so that more tax revenues would be added up front and most of the spending would not occur until later down the 2-decade spending cycle.

Long-term care spending, for example, might not kick in for 20 years in many cases, hopefully for most of us.

Any significant ‘deficit-reduction’ in this comprehensive bill will come from the acceleration of tax hikes and front-loaded revenue from ancillary provisions dealing with long-term care and reforms in the student loan program.  Think of 3 silos standing next to each other.  The tax revenues from the other two silos are being used to help cover the shortages of the third one marked 'health care'.  That is how this massive expansion of federal spending can be called a 'deficit-reduction' tool without everyone laughing out loud funny in their faces.

Take a good long look at these two very good summaries of the health care cash flows from people who know for sure since they both used to head up CBO, the first from Donald Marron and the second from Douglas Holtz-Eakin.

Here’s the rundown of the ‘savings’ in this bill:

Remember one of the basic tenets we have been preaching all year:  No Congress can tie the hands of any future Congress and tell them what to do or not do in terms of future legislation.  It may be impossible to get the $264 billion in waste, fraud and abuse savings or the savings from gutting the Medicare Advantage program from a future Congress, especially if we can't get them from the current one!

When all is said and done, this health care ‘reform’ (sic?) package might just barely reduce budget deficits by $49 billion…maybe…if all the stars line up and the planets are in alignment and the moon aligns with Mars in the new Age of Aquarius. (meaning ‘not likely’)

Really, is there any chance that the scored future kick-in spending savings to this bill will actually become law such as the ‘Cadillac’ health plans being indexed to inflation in 2018 (will the labor unions or the SEIU just disappear magically by then?)

This is the definition of pure alchemy at its most absurd level…. ‘We are going to spend $1 trillion more in federal spending AND then save a trillion dollars of your tax money over the next 20 years!’ It was an argument made so many times it made our heads hurt.

Turn up the volume and sing along once again with The Tams:  "I've been hurt, hurt, hurt...like I have never been hurt before..."

Cause those words ring pretty true with this Obama health care reform (sic?) bill.
Lyrics to "I've Been Hurt' by The Tams