So President Obama and the Democrats Are Going to Use the Reconciliation Route to Pass Health Care ‘Reform’ (sic)? 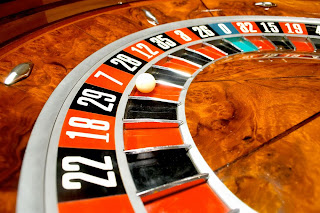 Are there any odds in Las Vegas on this yet?

If so, you might want to place some money down on it…it would be a humdinger of a Super Bowl contest of wills, patience and parliamentary maneuvering unlike any we may have ever seen before.

Here is something we just don't quite fully comprehend:  The Democrats have already 'won' the silver medal.  The House can pass the Senate version of the health care bill today and have it signed into law by the President in no time flat. That is 'two/thirds-bad' or 'three quarters-good', depending on where you sit. They could go home today knowing they have already passed most of what they wanted to get in the first place.

Perhaps they sense that this might be their one and only chance to pass such a major expansion of federal control over the health care system in their lifetimes so they are willing to risk it all to get the 'gold-plated' platinum medal in terms of health care reform bills, at least in their eyes.

If that is the case, let’s close our eyes and try to imagine what this ‘budget reconciliation’ (BR) process really looks, acts and feels like. Imagine you are the BR Bill itself. You have been conceived and birthed by 60 US Democrat Senators, 255 House Democrats and a President in the White House and nurtured and fostered by a dizzying array of labor unions and other nannies along the way.

So your collective DNA has a lot of complexities to begin with.

You are mad and frustrated that Thomas Jefferson and the other Founders set up the procedures of the US Senate so that the rights of the minority party can not ever be completely trampled underfoot no matter what the other party has won in the last election. In fact, it used to be that only 1 single Senator could hold up the proceedings of the Senate as long as he would stay on his feet and ‘filibuster’ a bill 'til Kingdom Come. (see Jimmy Stewart in “Mr. Smith Goes to Washington’)

That is the concept of ‘unanimous consent’ which fosters and breeds compromise and collegial negotiation and comes from the days of the Roman Republic itself. ‘SPQR’ or ‘Senatus Populusque Romanus’ meaning "The Senate and the People of Rome" which shows you how much the Senate back then thought of their special relationship with the public.

In fact, we submit that going back to the full filibuster rules might actually yield more compromise, not less, than under current 60-vote cloture rules but that is a thought-bomb for another place and another time.

Anyway, you now look at the gauntlet of Senate rules and parliamentary procedures between you and your utopian Olympian dream: being passed into law as President Obama’s signature piece of legislation. It could go down in history as one of the greatest works of legislation in the history of the American Republic or be infamous as the undoing of the first African-American President the United States has ever had.

“This is so unfair!” you think as the BR bill. “Why should I, the brainchild of the smartest people in the country right now have to subject myself to these demeaning rules?”

Because Mr. Jefferson and Madison and the other geniuses back then wanted you to be subject to those rules today and forever here in the United States of America. That is why they made it so difficult to pass legislation in the Senate in the first place…it is supposed to be the place where the hot cup of soup of legislation passed by the House is ‘cooled off’ in the saucer beneath it when it spills.

So here is what you are up against in the gauntlet:

- Any knife that will cut out a thick piece of your skin if you dare exceed the budget rules and parameters.

- A hatchet that will cut off any finger that seeks to bring in any extraneous legislation that is not ‘germane’ to the issue at hand, namely budget and tax issues relating solely to health care, nothing else.

- A tomahawk to your scalp if you even dare violate any of the so-called ‘Byrd Rule’, named after the senior Senator from West Virginia, Senator Robert Byrd himself who is still serving (Something to watch for: if he votes for any waivers from his own Byrd Rules, then you will know that the goose is cooked, the cards are stacked and someone from Chicago has gotten to him and made him an ‘offer he can’t refuse!”)

- Hot coals under your bare feet as you run down the Senate hallway to the Senate chamber to vote.

- Various other atrocities committed to your physical person as you try to skirt the reconciliation rules and procedures and increase the deficit, all intended to keep the debate focused on tax and budget issues in the health care debate, not on broader issues of policy.

Take some time to read this fantastic, easy-to-read summary of the entire budget reconciliation process by a Senate expert, Keith Hennessey.  All of it, both sections (it was written last August but is still germane)…don’t skip a word cause there will be a test on it later.

Let it all sink in and then you will know just how difficult it really and truly is to get everything the Democrats want in the gold-plated platinum health care bill through the budget reconciliation 'nuclear option'. (President Truman used the real 'nuclear option' and to equate this debate with that ominous decision is ludicrous)

We remain persuaded that win-or-lose, we are going to have to start over again next year and keep pushing this rock up the health care reform hill time and time again like Sisyphus…another great story for which we have great affinity.


picture courtesy of fourthandverylong.wordpress.com/
Posted by Frank Hill at 12:07 PM