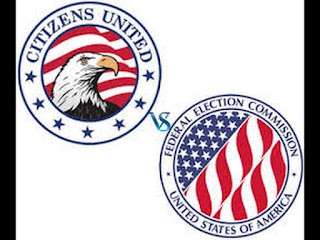 Ask any group of people what they think of “Citizens United” and 100% will not raise their hands in support of it.
Most people think Citizens United unleashed untold billions of “dirty” dark money into our electoral system, allowed rich people to rig the system and let corrupt corporations spend recklessly to pollute our politics and destroy America.
If you think politics today is nasty, you need to crack open some history books. If alive today, Thomas Jefferson and Alexander Hamilton would just laugh and say “Hold my beer!” while they regaled everyone with stories of the dirty hi-jinks and insults they both employed early in the republic.
The anger aimed at Citizens United is misplaced. We should be thankful the Supreme Court ruled as they did on March 24, 2009.
Citizens United, a nonprofit 501(c)(4) corporation, wanted to run an ad for their film “Hillary: The Movie” during the 2008 presidential campaign. A lower court ruled that such an ad for the movie constituted “electioneering” which was forbidden under the 2002 McCain-Feingold Act, otherwise known as the Bipartisan Campaign Reform Act (BCRA).
During oral arguments before the U.S. Supreme Court in Citizens United v. FEC, Justice Samuel Alito asked U.S. Deputy Solicitor Malcolm Stewart of the Obama Justice Department if government banning the ad or the movie was similar to book-banning in the past.
When Stewart answered “yes,” a loud gasp went through the courtroom. Under McCain-Feingold, he went on to say, if the government determined that a publication or movie was electioneering because it contained even one sentence of candidate advocacy, books could be banned from Amazon’s Kindle; labor unions could not hire an author to write a political book; and corporate publishers could be prevented from selling such books.
Everyone in the room was understandably shocked by his answers. The Supreme Court asked that the case be re-briefed and re-argued whereupon they invalidated part of McCain-Feingold and accepted the argument that corporations and labor unions could exercise their right to free speech in political debates just as any citizen could exercise their freedom.
Citizens United saved us from President Obama’s administration being able to censor political speech they did not like. Citizens United saved us from President Trump’s administration being able to censor political speech they did not like.
Thank God for that freedom from government censorship no matter what your political or religious affiliation is.
Citizens United also opened up a new avenue for first-time candidates to compete in crowded primaries where political parties abstain from any endorsements. An independent expenditure committee (IE) can help that newcomer build name identification and win a primary whereas before, incumbents enjoyed an unfair advantage over all challengers.
Citizens United didn’t “cause” our civil discourse to turn vulgar any more than cars cause automobile accidents. Candidates, consultants and partisans make our civil discourse foul and putrid by their desire to win at all costs, including their loss of personal dignity and character.
Money makes it easier for them to accomplish such personal degradation faster.
In the 2016 presidential cycle, $10.3 billion was spent on all federal political campaigns, including $1.6 billion in independent expenditures.
This Halloween, $9 billion will be spent on candy, costumes and decorations. Every four years, we barely spend more on the most important civic duty we have, voting, than we do on Snickers and Twizzlers. In congressional elections, we spend far more on Halloween.
We don’t spend enough money properly to educate the voting populace in a positive way in America. Maybe when a majority of voters start voting regularly against candidates who engage in character assassination of their opponents and never call out independent expenditure committees who do so, we will see a welcome change in our civil discourse and dialogue.
Done the right way, Citizens United can help our representative democracy flourish through free speech. Not flounder.
(first published in North State Journal 10/30/19)