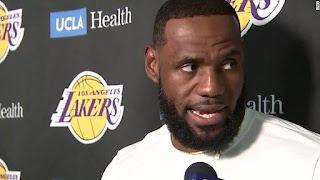 Forgive many people in North Carolina if they view the current NBA drama in China with a certain sense of schadenfreude.
They deserve it, they say.
The NBA abruptly canceled the 2017 All-Star Game scheduled to be played in Charlotte because of their opposition to H.B. 2, otherwise known as the “bathroom bill.” The NBA played up their reputation as “social warriors” willing to use their prestige, and business, to help the oppressed wherever they saw it be it public accommodations, rebel flags or confederate monuments.
The political economic warfare loss to North Carolina business was estimated to be $100 million. No one in the NBA or advocacy groups supporting genderless bathroom accommodation disagreed with political economic warfare when they did it to North Carolina. It was viewed as “just punishment” for the state of North Carolina for passing terrible unfair discriminatory legislation, even though the boycott wound up hurting thousands of hard-working middle-class folks in Charlotte who would have benefited financially from the All-Star festivities.
Houston Rockets General Manager Daryl Morey recently tweeted the following seemingly innocuous statement regarding Hong Kong and China: “Fight for freedom, stand with Hong Kong.”
Good for him. Another case of the NBA using their prestige and business to help the oppressed, only this time in Hong Kong, right?
Not so fast. The initial reaction of the NBA was to retract all public comments supporting Hong Kong freedom, including Mr. Morey’s tweet, so they would not offend the ruling communist Chinese authorities.
Golden State coach Steve Kerr said no one ever asks him about human rights oppression in China so apparently it doesn’t bother him either.
The NBA gets revenues exceeding $4 billion annually from China. Nike gets 20% of its $35 billion in revenue, or $7 billion, from China. Fear of losing money is what caused the abrupt about-face over Mr. Morey’s support of freedom in his Hong Kong tweet. Nothing else.
Should the NBA or any major corporation have qualms about doing business in a country with a long history of horrendous human rights abuses and oppression among many other transgressions such as being the major contributor in the world to carbon pollution? Should the NBA or any business stay silent when they see injustice or keep their mouth shut to protect their bottom line of profit and loss statements?
More than 65 million Chinese citizens have been executed or buried alive since the communists took control in 1949. If there ever was a country to boycott because of their suppression of freedom, China would top the list.
The people of Hong Kong enjoyed democratic freedom until the “Handover of 1997” when the UK relinquished control of Hong Kong to China. The Hong Kong freedom fighters are no different from American colonists who disagreed with the heavy-handed rule of King George III.
They want freedom, period. Hong Kong protestors are waving American flags for goodness sakes.
Is the NBA willing to be a “social warrior” for freedom around the globe? Or will they turn a blind eye to the human rights abuses of Chinese communist rule for the past 70 years to keep selling their games and jerseys to Chinese customers?
Dealing with China while ignoring their past and present oppression is not unlike British textile merchants who had no problem with American slavery as long as they could get American cotton for their products.
Maybe the Chinese dictatorial authorities will ban the NBA from China if LeBron James and Zion Williamson stand up for freedom for Hong Kong. How odd would it be if future historians look back to 2019 and say that one of the triggers that led to the dissolution of Communist China was a full-scale revolt by 330 million Chinese basketball fans once the government banned the NBA because they could not see LeBron and Zion dunk anymore.
Call it the second “shot heard around the world.” If the NBA truly stands for freedom, maybe it will happen.
(first published in North State Journal 10/16/19)