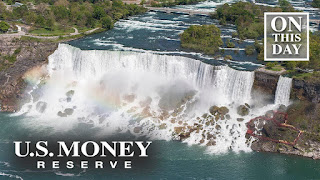 Far-left Democrats scoff at the term “trickle-down economics.” To them, it is simply incomprehensible that capitalism benefits anyone other than rich people at the top.

The term comes from humorist Will Rogers, not Ronald Reagan. During the Great Depression in 1932, Rogers joked about the failed policies of President Herbert Hoover: “The money was all appropriated for the top in the hopes that it would trickle down to the needy. Hoover was an engineer. He knew that water trickled down. Put it uphill and let it go and it will reach the driest little spot.”

Critics of President Reagan’s tax cuts in 1981 seized upon the phrase to deride the supply-side economics of his policies which were designed to get the U.S. out of the worst recession since the 1930s, which it did. The phrase has remained a derogatory favorite of liberals ever since.

If “trickle-down economics” is not the appropriate way to describe how wealth is distributed in a free market economy, what is? Can wealth “trickle up” the economic ladder if there is not a lot of individual wealth at the bottom to begin with?

No one ever goes to a poor person to ask for a loan to start a business or get a job. No money, no economic formation, no growth.

One friend suggests “Niagara Falls economics.” He might have a point.

The waterfall of wealth that cascades from the success of any successful entrepreneur, especially those among the magnitude of Bill Gates starting Microsoft, goes overwhelmingly to employees, shareholders and the consuming public. One hundred percent of the wealth generated does not go solely to the individual with the idea who took the risk to start the business at any level of endeavor.

Bill Gates is estimated to be worth more than $100 billion according to press reports. However, it is only 10% of the total market value of Microsoft. Microsoft has a stock market value of more than $1 trillion. Of that, $900 billion in Microsoft stock value is owned by millions of shareholders either directly or through mutual funds in their personal IRAs and 401(k) retirement plans.

Close to all of Microsoft shareholders had absolutely nothing to do with the success of Microsoft that increased their net worth other than deciding to invest in Microsoft.

How great is that? Americans can literally get wealthy doing nothing but investing in others who do all the hard work and assume all personal risk.

Microsoft’s annual revenues are $125 billion with a net income of around $50 billion. During his role as CEO, Gates may have earned $10 million in salary. Every other dollar earned by Microsoft would have gone to pay employee salary and benefits such as health care and retirement plans; vendors for services rendered, lawyers and accountants, distribute profits as dividends to shareholders, and, yes, pay taxes to state and federal governments to fund programs many people depend on such as Medicare, Social Security and Medicaid.

99.99992% of all annual revenue flowing into Microsoft would have gone out to tens of thousands of people not named Bill Gates.

How great is that? Had Bill Gates never been born like George Bailey in “It’s a Wonderful Life,” Microsoft might not have been invented in America but rather in India or Japan, and the wealth generated would have flowed through the economy there, not here.

Successful businesspeople are better than having Michael Jordan, LeBron James or Zion Williamson on your basketball team. Not only do they help you win in life with better products and services, you get to share in the wealth they create — unlike basketball players, who keep all the big salaries to themselves.

“Niagara Falls economics” works for all of us. Anyone who has run a lemonade stand understands the basic concepts of a lot of people benefiting from one person’s personal dreams and investment. Don’t let the socialists ruin it for everyone.