We Already Have 'Free' Health Insurance in America... 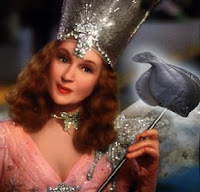 For seniors, that is.

With the elections coming up in 15 days on November 2, it is a good time to evaluate whether anyone you vote for understands anything about solving the humongous problems facing us as a nation.

And no, they do not include witchcraft, calling a female gubernatorial candidate a 'whore' or whether a woman who ran the WWF will 'fit in' the US Senate (looks like 2010 certainly is the 'Year of the Woman', doesn't it?)

Probably the biggest reason why we have not dealt a death-blow to the seemingly intractable and unsolvable problem of burgeoning budget deficits and exploding national debt is our inability to even talk about Medicare and Social Security in any sort of rational way.


'Which entitlement program, no matter how tiny, would you cut, Ms. Fiorina?'
She could have been answering a question about Euclidean geometry or Japanese arithmetic for all we could tell based on her response which was essentially: 'Nothing!'

That is no way to be one of only 100 US Senators who are supposed to be solving our problems,  not running away from them like scalded dogs.

Anyway, here is the 'truth' about health care for seniors, in case Ms. Fiorina or any other candidate wants to know. (Ms. Fiorina, for a short while, attended the same public high school in Durham, North Carolina as I did, believe it or not)

Once you hit the magic age of 65 for Medicare eligibility, and then a year later, 66 for Social Security, (how is that for a messed-up system?), you basically qualify for ‘free’ health care insurance all paid for by the American taxpayer.

And whatever we can trick the Chinese and other foreign nations into continuing to loan to us and get paid almost-nothing in real interest rates nowadays.

In order to see what we mean, push the ‘reformat’ button in the computer in your brain, or what is left of it after the past 3 years or so, and forget all of the propaganda you have been told over the ages.

In either SS or Medicare. No matter what politicians or the AARP tries to tell you.

The payroll taxes you have paid in over the years are the same as income, excise, capital gains or estate taxes you paid that went for defense, education or welfare programs.  They are spent and long 'gone'.

So forget the entire notion that you have paid into something that is just sitting there so you can take it out when you retire.  It just ain't so.

Medicare Part B is the physician fee side of national health insurance.  Part A is the hospital side of things.

Part B is ‘paid for’ by 44 million enrollees who pay for 25% of the cost of the program each year.  This amounts to about $325/month out-of-pocket expense per senior over the poverty level.

75% of the cost of Part B is paid for out of the general revenue funds of the US budget.  This accounts for between $900-$1200/month per senior depending on income status.

Social Security pays around $300/month to each eligible senior.

What many seniors do is automatically apply the $300/month they receive in SS benefits directly to pay the monthly $300+/month Part B premium.

Social Security is not a true ‘trust fund’ in the traditional, fiduciary sense of the word used in the private sector. The money you have paid into it is not actually ‘there’ at all, and never was.  Your benefits will not come out of any dedicated trust fund account in a safe location like Fort Knox.

Your benefits will come from the same sources as they do now for retirees: the pockets of your hard-working sons and daughters and grandchildren.  Assuming we ever get out of this recession, that is, and they can all find work that is profitable and therefore, 'taxable'.

There are other federal/state programs to help poor seniors get health care in America. We should help them in whatever way possible.

But does every single senior citizen of this nation, regardless of health, income or wealth status 'deserve' free health care insurance merely by making it over the 65/66 years of age retirement threshold?

We are the only nation in the world that tells our senior citizens, in essence, that the older and more decrepit you get as you age, the less expensive your health care insurance will become.

Talk about delusional thinking!  Even Dorothy woke up from her dream one day.

Zero progress will be made on the federal budget or health care, despite the results of the November 2 elections, until we admit the falsehoods of such things as ‘trust funds’ and ‘lockboxes’.

They are as 'real' as the 'Glinda the Good Witch'.

Vote for some adults on November 2 for a change we truly can all believe in.  And make sure they tell you the truth about such things like Social Security and Medicare and stop acting like they are reading some children's fairy tales to you every day and night.

Glinda courtesy of www.agelessbodytimelessmom.wordpress.com
Posted by Frank Hill at 6:56 PM