A $1 Trillion 'Stimulus' Package That Will Create Millions of Jobs 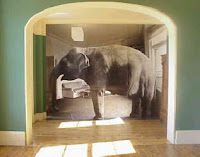 Except that this time, it would have zero impact on reducing federal tax revenues, increasing deficits and the national debt and it would all be done by the 'private sector', not the public sector.

John Chambers, Chairman and CEO of Cisco and Safra Katz, President of Oracle, are proposing that Congress and President Obama pass a big reduction in corporate income taxes on profits earned overseas by US corporations.

In an article they co-wrote for the Wall Street Journal today entitled 'The Overseas Profits Elephant in the Room', they clearly identify $1 trillion in money that would almost immediately be returned to the United States by American corporations operating overseas if they knew that they would not be exorbitantly taxed relative to other tax rates around the world.

This proposal by Mr. Chambers and Mr. Katz would be just a small example of the sort of explosive job creation we could generate via lower corporate income taxes to get out of this accursed recession now into its third year regardless of the fact that the economists say it ended 6 months ago.

(What do they know anyway?  Maybe only 1 of them, Noriel Roubini of NYU, even came close to predicting the cataclysmic events we have lived through recently.)

If you like the economy as it is today and want to replay the experience of our parents and grandparents who endured almost a decade of depressionary economic conditions in the 1930's, then by all means, please ignore the Chambers/Katz proposal in the linked article.  What many people seem to conveniently ignore is that the United States never officially got out of the Great Depression (and in fact, suffered a big 'double-dip' of it in 1937) until December 7, 1941 despite the fact that FDR and Congress passed public works program after public works program for about 120 straight months.

In other words, 10 years of public works-types of public infrastructure programs like the Obama stimulus package passed 2 years ago.

But if you really want to see an explosion of new job creation in America, abolishing the entire corporate income tax code in its entirety would do the trick and then some.  Federal tax collection of corporate income taxes accounts for less than 6.8% of all taxes collected by the IRS each year and that percentage has been steadily declining over the past 20 years.

Companies would then make investment and expansion decisions based on the economic fundamentals of the marketplace and not because of some consideration of an obtuse or obscure provision of the US tax code.  And since we are the largest economy in the world by a factor of at least 3 over China, there would be plenty of incentive for corporations to move operations back to the United States and, yes, hire more Americans here instead of foreign workers over there.

If the last two years has taught us anything, it is that our elected officials do make a huge difference in the way our economic futures are going to play out.  Listening to experienced corporate leaders such as Mr. Chambers and Mr. Katz seems to be a great place to start.

elephant courtesy of www.metafilter.com
Posted by Frank Hill at 2:28 PM