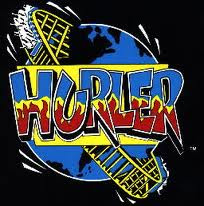 We have had many, many people ask us over the past year what it would take to balance these budgets and get this 'long national nightmare' over and done with.

'Give us the bad news, doc, and we'll take it like a man!' they all seem to be saying.  'Just make it fair and equitable and we'll go along with it!' as if it is some sort of cancer diagnosis or something.

How about if we said to you: 'You don't have to even quit smoking cigarettes altogether.  You just have to reduce your intake from 3 packs a day to only 1 pack per day...and remarkably, you will be healed completely in no time flat!'

There is this completely misguided and untrue notion that any time you start talking about 'spending cuts', it is going to be 'draconian' and 'devastating' and any other nasty adjective politicians can come up with.

All they are doing is trying to get you to not vote for their opponent who might reduce funding the incumbent's favorite programs and send him/her home packing after the next election.

Even if the incumbent knows that ever-increasing spending and deficits and debt accumulation will ultimately suffocate our economy and future.

They all know it is true. They want to get elected 'just one more time' before they have to tell you the truth.

Repeat after me: "There are no real absolute cuts in spending in the federal government!  There are only 'reductions from projected 'future' baseline estimates of growth in each program'!

Congress makes it complicated so the voting public really doesn't know what the truth really is anymore.

Anyway, what would you guess the growth rate would have had to have been since 1970 in order to balance the budget 90% of the time since then? 1% overall annual growth?  3%?

The expected rate of annual inflation going forward is 3% so if we just keep pace with the rate of growth in population, federal spending growth at 3% per year would make eminent sense.

Guess what the overall annual rate of growth in federal spending on average has been for the past 40 years?

Take a look at this Budget Data and download it as an Excel spreadsheet to your computer so you can play with it all day long if you want.  (Think of it as riding on one of the wildest and scariest roller-coasters you have ever seen.  "The Hurler' has nothing on this ride.)

Well over the amounts President Obama considers 'rich' and subject to all kinds of new taxes to pay for the new programs he and the Democratic Congress have passed in the past 18 months.

We thought it was important for you to have this handy chart gleaned from the CBO budget archives (make sure you look at all 13 tabs at the bottom marked 'F-1' thru 'F-13) so you can: 1) inform yourself and 2) pass this information along to your friends, families and colleagues so they can become well-informed as well.

And here is the most astounding news of all:


"If we would just hold overall growth in federal spending to roughly the rate of expected inflation of 3% per year going forward, we would return to fiscal balance in 2013.'
No kidding. 2013. Right after the next presidential election.

It is simply math.  Return to the 'normal' level of federal spending before all the bailouts (which are supposed to make money for the government) circa 2008 and then clamp down on the only thing we can control, federal spending, from defense to homeland security to education to Social Security and Medicare.

20  years ago, before we worked on the House Budget Committee and the 1994 Entitlement Commission and read the entire 2000+ page federal budget at least 3 times over (every single page, mind you!), this might have been a hard thing to assert.

But we can say that beyond a shadow of a doubt that perhaps close to 50% of every page of the federal budget is not 'absolutely necessary' to protect the Republic and provide for the 'common welfare'.

In fact, there are thousands of programs in the federal budget that no Member of Congress or the U.S. Senate has even looked at in years!  They don't even know what they are funding most of the time when they cast a budget or appropriations vote!  Even the leaders of Congress now admit openly they have not read the bills they pass.

It is simply amazing that all we have to do is hold the rate of growth in spending down to the overall reasonable rate of growth of 3% and not 'cut' a blasted thing in actual amounts in order to save our nation's economic future from being poisoned by too much debt and too many interest/debt service payments.

Oh, and almost forgot to mention this: "No New Taxes!'

Is that too much to ask?  Will you agree to this common-sense approach?


courtesy of  www.coaster-net.com
Posted by Frank Hill at 7:07 AM