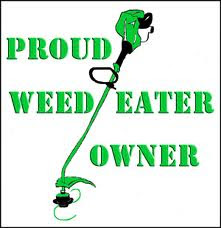 You know, sometimes the best answer is also the simplest answer.

William of Ockham (Occam) was a 14th century English philosopher who came up with the 'crazy' notion that perhaps the simplest answer is the best one and it became known, oddly enough, as 'Occam's Razor'.

Same with the idea that perhaps the United States should go completely to a consumption tax to replace the current income tax system in its entirety.

The income tax might have made some sense back in 1913 when the 16th Amendment was passed making it 'constitutional' to tax people's incomes when only the wealthy had much income and wealth to tax in the first place. (The 16th Amendment can be repealed just as easily as it was passed, you know....has anyone seen the good old 18th Amendment lately?)

For much of US history, incomes were modest by any standards, especially when we were primarily an agrarian nation and people worked on their farms to put food on the table.

But now that we have millions of people who own stocks in their portfolios and a far wider middle-to-higher income cohort in America in 2010 versus that of 1913, maybe it really is time to rethink what is the best way to tax people so that they can not monkey around with the tax code at all.

The simplest way is to make everyone pay their 'fair share' of the taxes we need to fund the federal government at the end of the line of consumption, i.e. at the cashier's scanner.

Every time a person buys something at Wal-Mart, let's say a 'Poulan Weed-Eater', it would be scanned and the receipt would pop out with the following information on it:

Of Your Federal Tax Payment of $40:

Roughly $12.00 is borrowed to pay for defense, homeland security and the rest of discretionary spending from the Chinese.

Thanks for shopping at Wal-Mart!"

This would help the average American clearly see where their tax dollars are being spent on each and every transaction they make every single day.

Just being able to make the connection between their tax dollar payments and where it actually goes would be an enormous help in getting people to see what we are dealing with nowadays in real-time.  Today, people are just being fed distorted information from both sides merely and purely for tactical political gain and advantage.

There can be some limited exclusions for people below the poverty line to receive federal assistance to either repay this consumption tax or forego it altogether since so much of their resources go towards the basic necessities of food and shelter.

But that would be about it. No longer would anyone be able to manipulate the arcane and byzantine tax laws of this nation to their advantage. Everyone would clearly know and see what their tax liability is on each and every purchase and receipt printed out at the check-out counter or at the closing of a purchase of a home or automobile.

Imagine seeing the taxes you will pay on the next t-shirt you can buy for your kids from Wal-Mart which will have this emblazoned on it:

'My Boomer Parents Got Everything They Wanted During Their Lifetimes and All We Got Was This Enormous $24 Trillion National Debt to Pay Off For the Rest of Our Natural-Born Days!'
Posted by Frank Hill at 6:34 AM