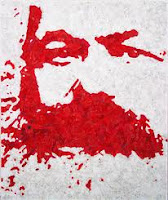 If Karl Marx was writing today, we think he might amend his famous comment about religion and replace it with the statement above.

We have been struck time and time again by the fact that the American voting public, on both ends of the political spectrum, actually has been persuaded and 'numbed' to believe that ever-increasing amounts of debt are ‘sustainable’ and ‘A-OK!’

Huge national debt amounts are not. Most definitely, they are not sustainable or 'A-OK!' in any language, country or time period.

Check out and read a great article by Harvard history professor, Nialls Ferguson.  He plainly points to facts as borne out by history regarding past powers and empires that have been crippled or ruined by excessive debt.

The Athenian Democracy. The Roman Empire. The British Empire. The Soviet Union. It doesn’t really matter who you are or what your perceived ‘superpower’ status is at the time or has been in the past. When you can’t pay your bills on time, balance your budget or borrow any more because your currency has become unstable and ravaged by inflation, you can just hang it up, according to Mr. Ferguson.

We hope (against hope) that he is wrong. But what if he is right?

It can come on like a ‘thief in the night’ as in the Biblical analogy. So why dare we take any chance whatsoever to allow excessive debt to cripple us as a great national power?

If you had had a chance to sit in on perhaps hundreds of congressional hearings on economic policy and the federal budget over the past 30 years in Washington, you would have heard Fed Chairmen from Paul Volcker to Alan Greenspan to Ben Bernanke say the following:

‘Budget deficits on the order of 3% of GDP each year are ‘sustainable’ in the short-run. However, accumulated debt over the long-run can lead to ever-increasing amounts of interest payments that steadily consume more and more of the federal budget which will take away valuable resources from other discretionary programs such as education, environment, energy and transportation programs.

At some point in time, this debt will have to be repaid in full. Public holders of debt, such as foreign sovereign nations like China and Japan, will not look kindly on any effort to renege on payment of interest owed to them, nor any inflation that deteriorates their assets held in US bond or cash-denominated holdings.

From a macroeconomic level, it does not make much difference how the budget deficits are reduced. Just the fact that they are reduced, or there is a solid plan that shows how they can be reduced in the near future, will give comfort to the world financial markets.

However, the preferable solution is to reduce federal spending in the aggregate since raising taxes has a deleterious effect on job creation and economic expansion.’

I ran into Alan Greenspan one time in an elevator on Connecticut Avenue and told him I had listened to dozens of his testimonies to Congress, particularly on the House Budget Committee. He asked: “Did you understand everything I said?” I said, ‘No sir….I have to admit, I did not.’

He smiled slyly and said: ‘Good. Then I did my job right!” and walked off the elevator into the streets of Washington.

We remain steadfast that we have reached a critical turning point in our history. The time for shallow polemics and political posturing has passed, primarily because these deficits and debts are simply too enormous to just ‘grow out of them’ as a recent congressional leader proclaimed recently.

To simply ‘grow out of it’ would mean the US economy would have to grow at a rate of approximately 10% per annum for the next decade. Like until 2020. That is a growth rate that has only been reached a few times in American history such as maybe during the Industrial Revolution of the post-Civil War era and which has only been achieved by rapidly-growing nations such as China in recent years.

In short, that congressional so-called 'leader' is dreaming, or worse, 'delusional'. 10% annual GDP growth rates ain’t ever going to happen to a nation the size of America with a $14 trillion GDP.

One of the more experienced people we know in the world of high finance and federal budgets explained our infatuation with tax cuts this way:

"Even Reagan after passing his tax cuts had to go back and raise them after the cuts had done their stimulative work in 1981-82. There is a lesson in that if Washington decision-makers have any understanding of economics and some imagination.

The tax cuts were designed as a stimulus. But when the stimulus has done its magic, it can become addictive and one more drink is likely to render one unconscious rather than continue to 'stimulate'. Our combined steps of tax cutting when coupled with massive spending expansion is leading us to such a state of fiscal rigor mortis.

I would also emphasize the fact that excessive debt and an increasing interest burden will prove far more restrictive of individual freedom and initiative than taxes at a relatively low rate in the historical perspective of taxes. Exposing ourselves to rampant federal spending and exorbitant debt service payments are far more depressing than returning to the pre-Bush W rates."

None of us wants any higher tax rates or payments to the IRS. But if you propose to extend the Bush tax cuts through 2021, it is incumbent upon you, as a scholar and a gentleman or lady, to come up with $3 trillion in additional spending reductions over the roughly $7 trillion in savings we have already identified over the past year JUST TO GET TO FISCAL BALANCE in 2021!

We have not even started to talk about paring down the roughly $14 trillion in debt we now have so even after all this work and pain, we still have another Mount Everest to climb going forward.

And if perchance you don’t believe the United States can ever succumb to the burdens of excessive debt and unmanageable debt service payments, drink up and say a toast to your new intellectual hero, Professor Karl Marx himself!

He would be proud that Americans have finally proved that we can be the cause of our own destruction by our intoxication with more tax cuts and more spending increases while we pile up the Mount Vesuvius of debt just like all the great empires that have passed on before us.

courtesy of www.revousa.org
Posted by Frank Hill at 5:52 PM