'Exclusive Budget Estimates' Show Budget Deficits and National Debt Can Be Wiped Out In No Time Flat! 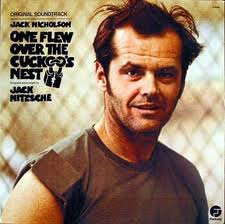 (Except when it involves them, that is)

We have one possible solution that would take about 6 words to write in a piece of legislation.  It would be one simple answer to our enormous budget deficits that has never been offered, considered or asked to be scored by CBO by anyone in the known universe.

So with that in mind, let's first put the following predicate out there for you to consider:

When America was attacked by the Japanese at Pearl Harbor, our fathers and grandfathers volunteered and got drafted for active duty by the millions to defend our country and our freedom.

When Americans were attacked and murdered by the Islamist terrorists on 9/11 in New York and at the Pentagon, thousands of men and women volunteered to join the military and do what they could to rid the world of the scourge of Al Qaeda.

We now have a self-inflicted gunshot wound to the economic health and future of the United States in the form of tremendous over-spending and fiscal malfeasance by both Presidents and Congresses of both parties for the past 30 years, sans the 'Glory Days of 1998-2000' when we actually ran 3 successive years of budget surpluses, if you can believe that actually happened in our lifetimes.

If you are under 66 years of age, would you be willing to work longer before enrolling in Social Security and Medicare if you were totally convinced that your selfless actions would guarantee a better future for your children and grandchildren?

Sure you would. Your parents and grandparents did far more for us.

It is now our turn to do it for our offspring.

(Plus, after this economic conflagration of the past 3 years now, you most likely are going to have to work longer anyway just to meet the same retirement goals you may have had circa-2006)

We asked several people in Washington who are true experts in this sort of stuff 'what the real answer is here' and here is the answer they gave us repeatedly:

‘Are you crazy?  There is not one person in Washington, DC who would EVER put their name on a letter and ask for it to be officially scored by any budget agency and then returned to their office for publication! You, sir, must be out-of-your mind!’

A simple ‘No’ would have sufficed instead of hurting our feelings. We were ‘just wondering out loud’, thank you very much.

Here is the question that caused so much consternation, apparently because no one in official Washington thinks the American people are adult enough to be leveled with and talked to in a serious fashion during the serious budget problems we have right now:

“What would happen to all these deficits and debt IF we raised the official retirement age of Social Security from 66 to 70 AND Medicare from 65 to 70 overnight?’

What is so wrong with at least asking the question? It is like these people think the world will crash and burn to ground if we even have the temerity to ask the question first.

Now that we have your attention, here’s what we think the answer is:

‘We will have over $5.4 trillion of spending reductions from the baseline going forward for the next 10 years which would cover at least 50% of the enormous explosion of debt spewed out by the Obama White House and Congress.

And if we are smart about it, and the new Congress coming in January 2, 2011 holds down spending to under a 3% growth rate for the next several years, we might not add on any more debt at all after 2014 AND begin to pay down the $14 trillion in debt we have already larded up on our kids and grandkids’

Raise your hand if you think this is a good goal to have right now.

(You do realize, all you naysayers about raising the retirement ages, that way, way back in 1983, The Greenspan Commission to 'Save Social Security Once and For All Time!', put into American law a schedule whereby  Social Security would increase the eligibility age from 65 starting in 2003  to 66 by 2008? see '1983')

The Berlin Wall to a higher retirement age has already crumbled!

Imagine if Congress had just bitten the bullet back then and moved it to 70 by the year 2008.  We might not be having these crazy discussions about $24 trillion national debts and $1.5 trillion annual deficits.

But here’s the problem today:  No one (with any sense and an official job) in Washington will dare touch this with a 1000-foot Taser gun.

So we guess you'll just have to write your congressman and senator and ask them to get an official 'score' from CBO so we'll know for sure.

Here’s our ‘methodology’: We are ‘guess-timating’ these results just like the pros at CBO and OMB do on a daily basis. There is no way on God’s green earth that anyone can accurately predict what will happen beyond 3 months nowadays, much less 3 years or 10 years.

The one thing we do know from reading official CBO estimates is that the budget pros say that raising the SS retirement age to 70 in small steps over the next 20 years will ‘eventually’ yield savings up to 1% of annual GDP. Similar long-term estimates for Medicare allude to potential savings of up to 2% of annual GDP.

Raising the eligibility age of both Social Security and Medicare to 70 could conceivably one day save the equivalent of 3% of American GDP.  (We recognize the need for some early retirement thresholds for manual laborers and people with physical or otherwise disabling factors but bear with us for argument's sake for the time being)

3% of a GDP that is the largest the world has ever known is a big, big, BIG number no matter how you slice or dice it.

So if savings of that magnitude of close to 3% of GDP will accrue when ‘fully phased-in’ in 30-50 years, why not start with the full amount of savings on January 1, 2011 and get an estimate of the potential savings just to see what might be doable in terms of making public policy decisions?