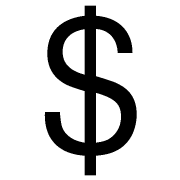 We recently pointed out how the cash inflow from your payroll taxes to support the Social Security system will fall about $11 billion short of the outflow needed in 2010 to pay for the benefits currently paid out to senior recipients.

It brought to mind the intransigence of many politicians in Congress over the past 30 years to even consider any sort of improvements to the basic structure of the program that would have insured higher returns to everyone who will become eligible for Social Security in the future.

We are talking about the so-called ‘privatization’ efforts that were anything but 'privatization' and supported by President George W. Bush and debated fiercely in 2005. President Bush did not favor “privatizing” anything, but rather only advocated that Social Security begin to incorporate true contributory accounts to pre-fund tomorrow’s benefits for the Boomers and generations to follow. Similar recommendations were made by members of President Bill Clinton’s Entitlement and Tax Reform Commission of 1994 as well as a majority of President Clinton’s Social Security Advisory Council of 1994-96. And by numerous other far-sighted leaders ever since the last Social Security ‘crisis’ in 1983.

And contrary to anything the AARP or any other group will put out there to "scare' senior citizens: None of these plans would have affected any senior who was currently receiving Social Security benefits. None. They would have been duly 'grandfathered' and 'grandmothered'-in and left alone from any future changes.

Here is the problem: Everyone in Washington knows that the underlying structure of the Social Security plan is out-dated (it started in 1935!) and unsustainable. But instead of trying to ‘fix it’, most of our elected politicians would rather hide behind such facades and bromides as ‘trust funds’ and ’75-year time horizon projections’.

One of the largest objections to the 2005 reform efforts was the fact that it would cost such a humongous amount to transition to a new structure, even if this only represented the cost of paying for current existing liabilities. Releasing future generations from having to pay all of their payroll taxes for current retirees would then allow future generations to start paying into ‘true’ fiduciary investment vehicles that would earn interest and grow over time. Real interest, like as in ‘money generated from investments’, not ‘fake’ imputed interest.

Government actuaries estimated the 10-year transition cost of President Bush’s personal account proposal at $675 billion and opponents of any change acted like the roof would fall in.

Guess what? The roof fell in anyway last year and shortened the predicted surpluses of the current outdated Social (In)Security system down to only 1 year instead of the multi-decade time horizon trumpeted by the head-in-the-sand crowd.

And on top of that, we have added obligations through the stimulus package, TARP and Detroit bailouts of close to $4 trillion and are thinking about doing so again on health care to the tune of another $1 trillion or so. (we think $3 trillion will be the final tab for health care)

We could have funded the ten-year transition cost to a more 'Secure Social Security System' (SSSS) close to 6 times with the same amount.

Let’s face it. The stock market crash and economic recession have taught everyone a sound lesson. Investments go up and investments go down. In stocks, bonds, real estate and businesses.

But over time, the current SS system provides less than a 1% rate of return to anyone who will retire in the next 20 years and steadily declines to next to zero unless dramatically changed.  Is that really such a 'good deal' for everyone?

A new SSSS system would have a chance to return a normalized rate of return over time of at least 1% over the rate of inflation.

“What about the amount of losses senior citizens would have suffered last year from the precipitous stock and bond losses, you nincompoop?”

‘What about the roughly 30% rate of return those same people would have experienced over the past 9 months as the stock market recovered in 2009?”, I would retort.

There will always be a desire in Congress to protect senior citizens from poverty, as well it should. In a year like last year, don’t you think Congress would take extraordinary steps to make current retirees whole if their SS portfolios were socked? They did it for Detroit and Wall Street…don’t you think they would do it for Ma and Pa Kettle?

It is almost nonsensical that in 2009, we are living with essentially the same functional formula established by FDR and Congress in 1935 to give people some “supplemental security income” to feed themselves during the darkest days of the Greatest Depression which puts the most recent recession to shame.

We will put a man on Mars, we will cure cancer in the near future and Duke University will win the college football Bowl Championship Series before we all die. (well, two out of three ain’t bad)

Can’t we ‘improve’ the Social Security system to the SSSS so that all of the Boomers and beyond will be able to earn their own retirement income and not be a complete millstone around the necks of our children?
Posted by Frank Hill at 9:52 AM