Should Billionaires Such As Bill Gates and Warren Buffett Even ‘Qualify’ For Medicare? 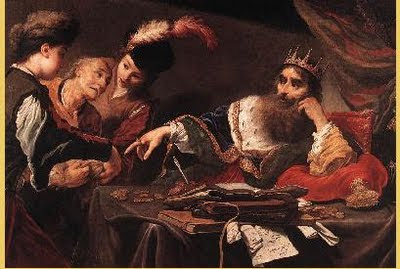 The time has come for Boomers and succeeding generations beyond to poke a hole in one of the most preposterous ‘entitlement’ programs the world has ever known. It is so preposterous that King Midas, King Croesus and the opulent rulers of ancient Rome would beg to know how modern day American billionaires can pull this scam off. For the past 44 years no less.

We are talking about the $12,000 in annual subsidy the average American taxpayer is throwing at the likes of multi-billionaires Bill Gates and Warren Buffett in a little thing called “Medicare”.

Each and every Medicare enrollee gets about a $12,000 per person subsidy from the general tax fund each year. Meaning money you have withheld and sent to Washington each month or pay on the dreaded 15th of April each year.

Medicare is a government-run program, contrary to what you might have seen or heard during the summer town hall meetings, that pours billions of your general tax dollars into it each year. Over and above what you pay in dedicated payroll taxes each paycheck.

The cap on what a wealthy senior pays for Medicare Part B is $306/month. All of these individual premiums offsets only about 25% of the entire cost of the Medicare Part B, leaving about $12,000/year/senior to be paid for by you, the unsuspecting American taxpayer. The Part B premium does not take into account disparities in health status, lifestyle or regional factors either.

A senior who smokes 10 packs of cigarettes each day pays the same premium as the one who jogs 3 miles a day and eats organic health food in a comparable income bracket. Go figure that one out while we are at it.

There are about 75 million households that now pay income tax which is then poured into the Medicare subsidy just described. (Remember: close to 50% of all taxpayers now pay $0 in federal income taxes)

That means you paid about $0.00032 last year to help pay for the Medicare coverage of a super-billionaire like Mr. Gates or Mr. Buffett and their wives.

That doesn’t sound like a lot…but it does beg the question: “What in the name of Sam Houston Hill are we doing as a nation paying anything to help super-billionaires get Medicare health coverage?”

They probably have given millions to hospitals that now bear their names; they could walk into any of them and command the attention of the most talented doctors in the world and fly the entire operating unit to their homes on their own private jet if need be!

Here’s the troubling math behind this all. (see Statistical Abstract): There are 359 super-billionaires now living in the U.S. of A. There are also 2.6 million millionaires, many of them seniors since it still takes awhile to accumulate the critical mass of wealth and capital to be considered a millionaire in America.

We are paying roughly $12,000 in subsidy costs for each of them, senior billionaires and millionaires alike, if they are enrolled in Medicare Part B. (We are assuming some might not be but bear with us for illustrative purposes).

Assume half of the 359 billionaires have wives and there you have about 540 super-wealthy people basically on the public dole.

That is a colossal waste of your, the taxpayers’, money. Colossally wrong.

“Are you kidding me?” you might be smacking your head with your hand right now?

Nope, we are certainly not kidding you.

How can this possibly be so? It is because when the entitlement programs were put into place, first in 1935 for Social Security and in 1965 for Medicare, congressional leaders and FDR and LBJ thought that the wealthy had to get the ‘benefits’ of the entitlements or else they would not ‘support them’ somehow, even though they would be forced to pay the payroll taxes regardless.

“Universal coverage’ meant ‘universal support’ back then and then that was conveniently wrapped up inside of the so-called “Social Contract’ that no one has been able to show us in document form like the Constitution or Declaration of Independence anywhere in the Archives. (best tour in Washington; go see it sometime)

The AARP has been fighting against changing this enormous subsidy for high-end seniors tooth-and-nail for some unknown reason for decades. Apparently, they don’t have any problem with you helping some poor old super-billionaire get their Medicare health coverage. (Any of you out there ever lost your health coverage or are now on COBRA paying for it all by your lonesome as a small business person? Doesn’t it
warm your heart to know that you are helping these poor rich people get health coverage for only $368/month when you are probably paying over $1000/month?)

So here is a proposal for you to support and tell your elected people that you support:

-Start paying down the national debt next year by $6.48 million by eliminating the eligibility for super-billionaires to participate in Medicare Part B. Make it illegal for anyone with a net worth of over $1 billion to participate in any government-sponsored federal aid program. Ever. On any account.

They do not need it. And I bet they would not even notice they were not getting it anymore.

It doesn’t make any sense to have super-billionaires on the public dole. Does it?

Picture of King Croesus courtesy of www.savepasargad.com
Posted by Frank Hill at 5:34 PM