The Declaration of 'Independents' 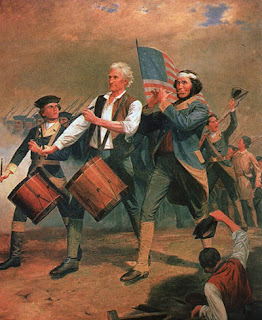 What happens if and when the number of voters in the country registering as 'Independent' or 'Unaffiliated' reaches 50%+1?

There will be some very serious hand-wringing and heavy brow-sweating going on in every legislative office and campaign office in the land.

Why?  Because that would mean the American public has turned off the switch that says Republicans and Democrats can be trusted to do what they say they are going to do in the best interests of the nation.


The major political parties can equally share much of the blame for the demise of that public trust. And, truth be told, we, the American people share in the blame as well by thinking we can spend all we want on every defense, health, education, environmental and entitlement program without having to pay for them through higher taxes.

When we, as the voting population of Americans, significantly change our ways and mindset on this score and demand a different set of outcomes from Congress, then you will see more responsible fiscal behavior and voting.  Congress always mirrors the attitudes and desires of the people, not the other way around.

Over the past 30 years, the two major political parties have responded to the vocal advocates on both extremes and left the majority of Americans between the 20-yard lines feeling as though they have not been represented.  And they haven't.

Look no further than the $1.6 trillion budget deficit for FY 2009 and the current $12 trillion national debt, (soon-to-be $20 trillion national debt), as Exhibits #1 and  #2 as prime evidence that “it just ain’t working anymore in Washington”. It is hard to believe it is even possible that 535 elected representatives and senators in our nation's capital each two-year term can not come to an agreement or 'grand compromise' that will balance the income from our taxes with the spending on the programs we say we want to consume as a nation.  It is even harder to believe we collectively have allowed the debt to be kicked down the road to our children and their children.


Did you know that in many states right now, the number of people not registered as Republican or Democrat is now 30% or higher?  In some states, that represents the highest percentage of people registered to vote, as hard as that might be to believe.

One friend told us that he went to a dinner recently with close to 30 people in attendance.  When asked if any of them were happy with being a Republican or a Democrat, he was shocked to learn that none of them in that room of 30 people were registered with either major political party.  They were either Independent, Unaffiliated, Libertarian or Whig.

In a perfect world, here are the choices we would have as American voting citizens since it reflects most of the history of our democratic republic from its inception.  There would be one party that advocates more government control and programs to meet the needs of the nation.  They would have the guts to show how these new programs were going to be paid for by higher taxes. There would be another party that would advocate less government control and programs.  They would have the guts to show where they would cut existing federal programs first and lower taxes when the cuts were implemented and the debt was eliminated. Both would agree that balancing the budget each and every year is an important moral imperative, if not economic, for the long-run.

But that is not happening, is it? Both parties are governed by very clever PR firms and consultants, ‘word-smithers’ and ever-so-slight ‘story-tellers’ who try to fool you, the American voter, into supporting their candidates in the next election and ‘everything will be all right’.

Well, it is not ‘all right’ and the time to change is now...before it gets any worse.

Thomas Jefferson and Abraham Lincoln would be ashamed to see the legacies they started in the shape they are in today, not just in tone and temperament but in the final score where nothing of substance ever seems to get done anymore. Their collective genius that led to the creation of the Democratic Republican party under Jefferson and the Republican party splitting off from the Whig party under Lincoln has now devolved into a televised mudfight where names and slander are lobbed from side to side and then more debt is added on to our children’s tab to pay ‘later’.

We don't really know what will happen if the majority of American voters decide to register as an Independent/Unaffiliated voter.

It has to be better than what we are witnessing today.

Archibald M. Willard painting
Posted by Frank Hill at 9:35 AM