Will President Obama Do The Tough "Ask Not..." Speech Before Congress Next Week? 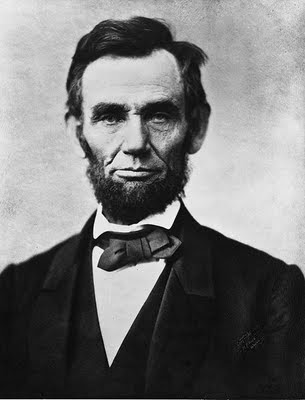 Here is something that has long been a staple of American democratic republicanism: If the national challenge is ‘great enough’ to undertake, everyone should be asked to help pay for it.

In times of national catastrophe such as the Civil War or World War II, the populace was called upon to ‘sacrifice’ for the common good. President Abraham Lincoln asked for and helped pass the first-ever income tax in the U.S. in 1862 to pay for the Union war effort, subsequently repealed by his former victorious general, Ulysses S. Grant, during his Administration in 1872, oddly enough. (Remember the ‘S’ in U.S. Grant was a pure fabrication for campaign political purposes; his given name was ‘Hiram Ulysses’)

During WWII, taxes were raised, bonds were issued and everyone was given food ration coupons to use each week to buy the bare essentials for survival such as bread, milk, and butter. (Truth be told, as much as we hate the idea of issuing any more debt for our children to pay back, if some aliens come attack us like in Will Smith’s movie, ‘Independence Day’, we would support selling bonds to raise debt to 10 million times the level of our GDP if that is what it took to win.)

Here is what the President and Congress should say if they feel so strongly that their health care plan is absolutely crucial to the nation’s future security and welfare: “Everyone is going to be asked to pay something for this legislation. Everyone.”

And if they can get agreement on that, then God bless them. But they probably won't be back in 2011 after the congressional elections next year.

Remember that close to 50% of the American taxpaying population (there has to be hundreds of thousands of cash-based or ‘black market’ non-taxpayers out there each year) do not pay anything in federal income taxes nowadays. They are obligated to pay the payroll tax, especially if they are employed by a corporation.

Why would the President and his supporters in Congress not be proud to ask each citizen to pay at least $1 per year for this new health care plan if it is so important? That would be $320 million per year if everyone paid the extra $1 in taxes above what they currently pay or don’t pay. $3.2 billion per year if it is an extra $10 per head. If the President is bold enough to ask for $100/person (or $8/month), that would generate $32 billion more in revenue annually to help cover the cost of this new program.

Over the next decade, that would represent at least $320 billion in more, new, shared-sacrifice-by-the-entire-population revenues that would help put a dent in the nearly $1 trillion (we think it will be $3 trillion) in projected expenses for the Obama plan.

Probably not. It is evidently more politically expedient for him, as encouraged by his political advisors, to pound on the rich, the insurance companies, (but not the trial lawyers for some odd reason), the doctors and the hospitals in some sort of outdated, populist class warfare to advance his health care ‘reform’ (sic?) ‘vision thing’.

The big political problem for him and the tax-raisers in Congress is that no one likes to pay additional taxes for anything anymore. There is not a single person in America who doesn't think there is some significant amount of wasteful spending going on in our national budget each and every year. Every politician is afraid of being thrown out of office if they even whisper such a broad-based tax proposal to support all the new spending they want to initiate.

And there most certainly is a surfeit of wasteful spending going on in every single program across-the-board.

We stand by the premise that there are hundreds of billions of dollars that can be saved every year in the federal budget on almost every single one of the 2259 pages that it takes to print it each year. We saw it in that document every day as we read it backwards and forwards several times during our tenure on the House Budget Committee.

When every single dollar of non-essential spending is finally culled from the federal budget, we will rest knowing everything has been done on the fiscal restraint side of the ledger. We will continue to help you understand ways federal spending can be reduced or at least arrested somewhat here on Telemachus.

But that should not prevent the President or his supporters from having the political courage to introduce higher taxes on everyone to pay for the ‘Change We (ALL) Can Believe In!’ if raising taxes is, in fact, what they truly believe in doing. In fact, we salute it: It takes more guts to support higher taxes than it takes to slough off more debt on unsuspecting, and unborn, future generations of American taxpayers. Like your kids. Or grandkids.

‘Debt is for political cowards’; we have said it before and will say it again. We do not want anymore of it. Let your elected representatives and senators know you feel the same way.
Posted by Frank Hill at 6:25 AM