‘When We Hit The Point Of No Return, It Will Be Too Late’ 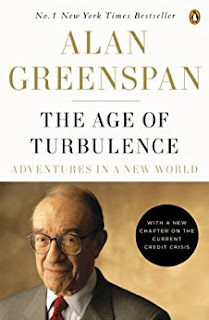 The Treasury Department announced last week that the budget deficit for FY 2019 grew to $866.8 billion in the first 10 months of the fiscal year, up 27% from FY 2018.
Headlines across the news media trumpeted the fact that the national debt was now 106% of GDP as if it spontaneously combusted out of thin air instead of being built up over the past 20 years during the terms of Presidents Bush 43, Obama and now Trump. The blame should be placed around the neck of every Congress and U.S. Senate convened since 2001, not on the executive in the White House.
How dangerous is this 106% of GDP statistic?
Former Federal Reserve Chairman Alan Greenspan testified regularly before the House Budget Committee and the Joint Economic Committee from 1991 to 1994.
Democratic and Republican Members would ask this thorny question as if asking permission to keep spending money or cutting taxes like drunken sailors:
“Dr. Greenspan: What is the point of no return when it comes to how much national debt we can accumulate before things get really bad for the American economy?”
National debt held by the public was 43% of GDP in 1991.
He would always answer in the same dry, matter-of-fact manner. “The monetary policies of the Fed and the fiscal policies of Congress must always be focused on the long-term health of the American economy. The optimal way to reduce deficits and avoid more debt is to restrain the rate of growth in federal spending to at or below the rate of growth in the economy. Raising taxes are not the preferred way to reduce deficits but if they are part of a compromise with serious budget restraint that leads to balanced budgets, the long-term health of the economy would significantly improve instead of deteriorate over time.
“Generally, when a nation’s national debt approaches 100% of their GDP, that is when we have seen nations start to suffer in history. No one really knows what the point of no return is precisely. All I can tell you is that when we hit the point of no return, it will be too late to do anything to avoid the consequences of any fiscal irresponsibility today.”
In FY 2018, tax revenues increased a healthy 3% over 2017 tax receipts. The problem is spending. Total federal spending increased 8% over the same period of time.
Is America at the “point of no return” today with a $22 trillion national debt at 106% of GDP?
The real number to worry about is the debt held by the public, which according to CBO is 78% of GDP. Debt held by the public is “real” debt on which interest had to paid regularly in cash. The rest of the debt is considered “intra-governmental” debt such as the transfers on paper between the so-called Social Security Surplus in the past and the regular budget.
CBO does not consider such intragovernmental debt to have any real economic impact today, which is why they look at the 78% of GDP figure instead of the 106% number. The economic impact that will take place is in the future when younger workers, mostly millennials, will be asked to pay 35% more in payroll taxes to fully fund the benefits boomers will be expecting in retirement. If the millennials rebel, as they most likely will, boomer retirees will be forced to receive lower Social Security and Medicare benefits up to 30% below what they thought they would be receiving.
America may have a full-fledged generational political war before excessive debt tanks the American economy.
Unless we arrest our deficit-spending through serious budgeting restraint and entitlement program reforms, our publicly held national debt will exceed 144% of GDP by 2049 according to CBO.
Which is definitely far beyond the “point of no return” Alan Greenspan warned us about three decades ago.