We Need To Learn More From The Civil War, Not Less 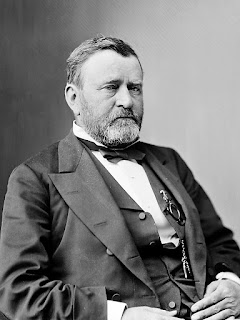 At a time when our very real history in America is under siege from those want to expunge any mention of the sins of our past, Ron Chernow’s well-written and researched biography of former Union Army General and 2-term US President Ulysses S. Grant is an important book to read.

Eradicating all mention of slavery in the full context of American history would render our shared life together as “fake history”, not “real” history. There is no way to talk about how great it was that “Lincoln freed the slaves!” without bringing up how Africans were brought to the US in bondage in the first place.

If you listen closely to the abolitionists of our collective US history because slavery existed in the beginning of our Republic, they really want to ban all mention of the so-called ‘peculiar institution” of slavery. The only mention of it presumably would be in footnotes with the comment that “slavery was terrible and perpetuated by a rich, ruling class of entitled white men in the Southern aristocracy”.

Try to imagine what would be lost if we stopped talking about slavery in the South altogether. We would lose perspective on how far America has come since then in terms of racial integration and diversity since 1865.

We would lose the fact that 2 million white Union soldiers fought to preserve the Union and eradicate slavery from the South, 350,000 who died doing so.

Why would leaders such as Abraham Lincoln and white abolitionists in the North sacrifice so many soldiers to the cause of preserving the Union while ending slavery unless it was the right thing to do morally, spiritually and ethically?

If we stop talking about slavery and the Civil War, historians 10,000 years from now would look back on the United States of America as a small blip on the scale of human progress instead of a seminal event where a free society of mostly white people, the Union, prosecuted a war that freed 3 million black people from slavery instead of re-enslaving them as ancient Romans and Greeks regularly did.

Abraham Lincoln and General Grant employed revolutionary enlightened forward-thinking primarily as a tool to expediate the end to the war but later both adopted as the right thing to do as a matter of policy.

Mid-way through the first year of the Civil War, Chernow writes:

“A central aim was to have newly liberated blacks work on abandoned plantations, picking cotton and corn that could be shipped north to assist the war effort. ‘We together fixed the prices to be paid for negro labor”, Grant recalled. “whether rendered to the government or to individuals”.
It was a remarkable moment—the sudden advent of a labor market for former slaves, who could now be rewarded for picking cotton. Grant found himself overseeing a vast social experiment, inducting his black charges into the first stages of citizenship. Taking the proceeds from their labor, he created a fund that was “not only sufficient to feed and clothe all, the old and young, male and female, but to build them comfortable cabins, hospitals for the sick, and to supply them with many new comforts they had never know before.”

Think of it as the first ESOP corporate takeover in American history.

“This brand-new Grant never wavered to his commitment to freed people” Chernow went on to say.

Not as Lieutenant General of the Union forces. Not as President of the United States for 2 terms from 1869-1876 when he mercilessly attacked and severely diminished the Ku Klux Klan throughout the South and implemented Reconstruction along the terms of enlightened racial relations that he knew President Lincoln would have pursued had he survived to serve a second term and possibly more.

We should never forget the lessons of slavery and the Civil War. Perhaps we should try to teach it better to our children.