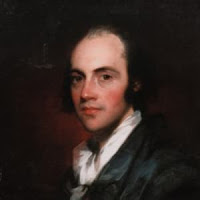 Everyone knows Aaron Burr shot and killed Alexander Hamilton for a litany of reasons.

Aaron Burr was not the only person who wanted to kill Alexander Hamilton.

He just got to him first.

In the revival of interest in perhaps our most consequential Founder, it might be helpful to give thanks that despite the vitriol we see every day, we are far better off than the early days when political opponents shot each other over their differences, no matter how trivial or profound they may be.

There were plenty of people who deep down probably wanted to kill the pretentious, arrogant and preening Alexander Hamilton.

Thomas Jefferson placed a bust of himself across from one of Hamilton at his front entrance to Monticello. They would stare at each other for all eternity “opposed in death as in life.” Hamilton, to his defense, wrote: “If there be a man in the world I ought to hate, it is Jefferson’.

Then-VP John Adams called the pretentious Hamilton ‘the bastard son of a Scotch peddler’ for taking too much credit for George Washington’s military success in the Great War for Independence. Adams also resented Hamilton’s subversion of his own aspirations for the White House in 1796 and 1800.

General Charles Lee tried to replace George Washington as commander of the Continental Army in 1777. Washington’s loyal aide, John Laurens, challenged Lee to a duel and wounded Lee to the extent that Laurens’ second, none other than Alexander Hamilton, interceded to end the duel and save Lee’s life.

Lee resented Hamilton for his part in Lee being drummed out of the Continental Army for insubordination. Had Lee had 2 pistols, he surely would have shot at Hamilton after firing at Laurens.

Lee’s will stipulated that he not be buried in a church graveyard since “I have kept so much bad company when living that I do not choose to continue it when dead.” Including Hamilton.

James Reynolds should have wanted to shoot Alexander Hamilton after he discovered that his wife Maria was having an affair with the former Treasury Secretary. What Reynolds really wanted was money from Hamilton so he resorted to blackmail to keep it secret instead of shooting him dead.

Future President James Monroe, the fourth Virginian out of the first 5 US Presidents, challenged Hamilton to a duel in 1797 when Hamilton learned that Monroe knew of his affair with Maria Reynolds.

“Do you say I represented falsely; you are a Scoundrel,” Monroe wrote to Hamilton.

“I will meet you like a Gentleman” Hamilton replied.

“I am ready; get your pistols” Monroe responded.

James Callender was the champion muckraker of the early Republic. He threatened to reveal possible financial malfeasance by the Secretary while in office which would have ruined Hamilton financially after all he had done to escape the poverty of his youth. He hated Hamilton and the feeling was likewise.

Thomas Paine, author of ‘Common Sense’, called the party of Hamilton, the Federalists, "disguised traitors" who were "rushing as fast as they could venture, without awakening the jealousy of America, into all the vices and corruptions of the British Government“.  He hated Hamilton too and vice versa.

Perhaps the person who had every reason to shoot Alexander Hamilton was his wife Elizabeth Schuyler Hamilton. She must have been the First Saint of The New American Democratic Republic.

Despite what you may feel about our politics today, give thanks tomorrow that it is as ‘clean’ as it is.

At least we are not witnessing daily duels between President Trump and Chuck Schumer and Nancy Pelosi and everyone else.