You Deserve A Gold Medal! 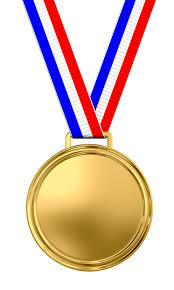 CBO estimated that the federal government collected a record amount of your money, er, ‘taxes’, in April, 2018, $515 billion, a new all-time record!

Congratulations!  Don’t you feel like you should get a gold medal or something? How about a Congressional Order of Merit to thank you for paying for the programs everyone wants?

We collected more tax revenue income from individuals in April, 2018 than we ever have in any single month in the 229-year history of the United States of America.

Despite this record influx of tax revenue to the US Treasury, the budget deficit for the first seven months of FY 2018 went UP by $37 billion over the same period in 2017.

How can that possibly be?

More federal intake of taxes will never balance the budget as long as Congress and Presidents spend more money quicker at a higher rate.

Take a look at the makeup of all layers and levels of taxes paid to Washington in 2016: 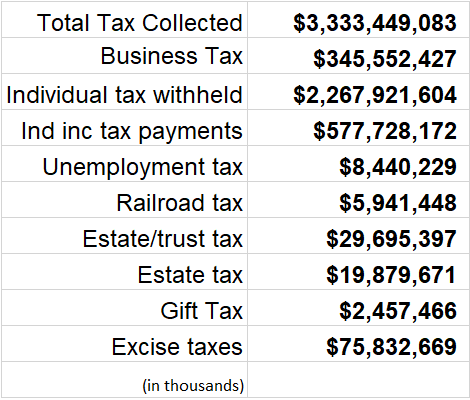 Those are the only ways to squeeze blood out of your turnip via tax policy. So far, that is.

More money going to Washington from your pocket or checking account either through economic growth or higher tax rates is the same thing: More tax revenue.

Which, as Ronald Reagan said, was an insult to all drunken sailors.

Here is why budget deficits have gone up this year in spite of record tax revenue collection in April:

The ‘scary’ increase over the first 7 months of FY 2018 was in outlays for net interest on the public debt. Net interest costs rose $25 billion or 14% because of higher interest rates and adjustments upwards for their inflation-protected securities issued.

Interest rates are still low by historical standards. We know from history that the one thing no government has ever been able to manage fully has been when inflation fears get out of hand and then interest rates escalate to accommodate for those inflation fears.

As recently as 1979-1981, inflation reached 12% in the United States and treasury bill rates peaked at 14.5%. 14.5% interest rates on current national debt would mean $2.175 trillion out of our $4.2 trillion federal budget would go solely to pay holders of US bonds.

Will this superior generation of tax revenue continue to grow for the rest of the year?

Maybe. Perhaps. Some of tax collection depends on timing of payments due to holidays and tax considerations.

However, if the Trump/GOP tax cuts work perfectly and the economy continues to grow robustly, we might see a 10% increase in tax revenue collection for the rest of the year.

But that would only generate $333 billion more in surprise surplus revenue over the course of the year. At current levels of spending, we would still have over $500 billion in deficit-financing for the rest of the year.

The key to fiscal and financial sanity is through serious Congressional control of spending to below 3% annual growth per year. Forever.