If Taxpayer Money Is Involved, Socialize The Upside And The Downside 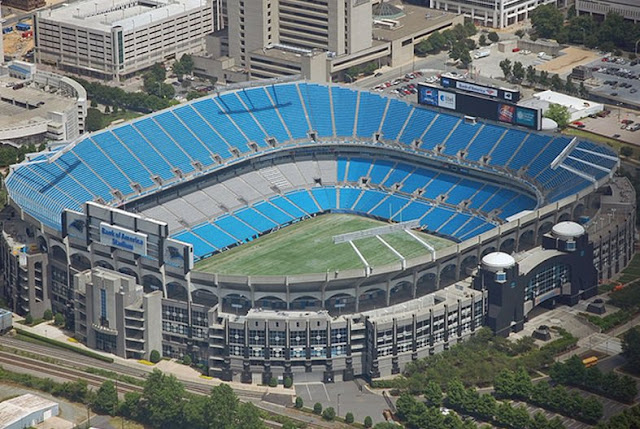 (first published in North State Journal 5/23/18)
What is ‘welfare’ in the government sense anyway?

Merriam-Webster defines it as such: ‘aid in the form of money or necessities for those in need’.

This definition should be clarified with a friendly amendment: ‘..or who have the political clout to get elected officials use public taxpayer money to pay for what they want’.

From purely a philosophical musing viewpoint, the answer is no. Rich people are rich and will remain rich regardless of whether the average taxpayer antes up any tax dollar to help them pay for the stadium for the professional sports team.

They are ‘business people’. The NFL is a business. They are not investing in any professional franchise unless they are really confident they are going to make a profit when they sell it one day down the road.

Local municipal and state governments have been persuaded many times to obligate their constituents with user taxes or loan guarantees by the promise of more jobs created and economic growth generated from the ‘public-private partnership’ of building a professional sports stadium.

But the ‘public’ part of that partnership ends when the profits roll in. Then it is all ‘private’.

His personal risk-assumption and financing sparked a renewal and rebirth of downtown DC which still has momentum today.

Successful businessmen used to be proud to be able to finance their own football stadiums on their own without taxpayer funding, or ‘corporate welfare’ as it is now known.

Rich business people didn’t get that way by not being smart and savvy. They understand financial and political leverage and they use it to lower their out-of-pocket costs in any business transaction.

Including the purchase of professional sports franchises and construction of new stadiums.

Why not ask for a set-aside of say 10,000 seats per game for a lottery for any taxpayer who wants to attend an NFL game? Hundreds of thousands of Mecklenburg County residents probably have never attended a Panthers home game in the last 22 years. If they are on the hook for any public funding in any way, shouldn’t they get to go to one game for free in return for their investment of public taxed dollars?

If a locality floats a tax-exempt or general obligation bond to help build a stadium, whether those bonds are retired quickly by PSL licenses or not, shouldn’t they be considered part of the ‘ownership’ group in some way?

Perhaps the locality should ask for a 10% convertible ownership stake in the franchise so that when it is sold for $10 billion 25 years for now, $1 billion will be made available for the local budgets to build new schools, pay teachers more or pave the darn local roads.

If elected officials are going to be sold on ‘public/private partnerships’ for professional sports, why not ‘socialize the upside’ as well as the downside?

Or follow the lead of Abe Pollin and Jack Kent Cooke and privatize both sides of the equation.