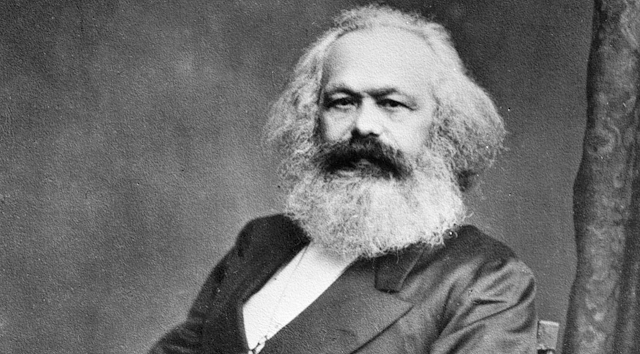 May 5th was the 200th anniversary of the birth of Karl Marx.

He was celebrated and toasted in many circles.

The New York Times published an essay titled “Happy Birthday, Karl Marx! You Were Right!”. Bernie Sanders supporters sported bumper stickers during the 2016 campaign that read ‘Welcome To The Terminal Stages of Capitalism!’

22% of millennials today have a favorable view of Marx. 50% say they would rather live in a communist or socialist country than under capitalism.

While extolling the so-called ‘virtues’ of Marxism, Marx apologists somehow always fail to include the historical fact that 150 million or so innocent citizens have been murdered under diabolical Marxist communist dictators such as Stalin, Mao Tse-tung and Pol Pot.

Which begs the question: “If communism is so great, why do communist dictators have to kill so many millions of people to keep it intact?”

Americans do not kill or imprison people if they want to leave the United States voluntarily to live somewhere else. They just leave. Unlike from China, Cuba or North Korea.

If someone chooses to go off the grid to live off the land or in a commune in the US, no one from the government will try to force them back into corporate life and punch a time clock. Capitalism doesn’t use a police state to force a citizen to work as has been the case in many communist countries.

The problem arises when people who think communism is so great that everyone should be forced to live under it. ‘Voluntary’ communism is fine if people want to share resources and live non-materialistic lives together. ‘Forced’ communism under someone else’s rule goes against the very freedoms we sadly take for granted in 2018 America.

Consider the following tenets from the ‘Communist Manifesto’ published in 1848 by Marx and Engels:


Sounds strangely similar to many of the Progressive or Bernie Sanders socialist platforms in the last election, doesn’t it?

Contrast this with the philosophy of freedom put forth by John Locke, Adam Smith and Thomas Paine well before Marx that resulted in the US Constitution. Property rights, intellectual and copyright protection, anti-monopoly laws, ability to build wealth and pass along to heirs in spite of a high estate tax, decentralization of decision-making and financial services down to the individual level, not in Washington or New York City, are central tenets of our American way of life and the complete opposite of what Marxist doctrine would allow.

Millennials should very carefully reconsider their infatuation and dalliance with Marxism. Chances are very high that the person who takes over control of any ‘Marxist Utopia’ would shut down a massive range of freedom of choice to stay in power.

Do you like Uber? What if Marxists decide that everyone has to use the ‘Federal Taxi Cab Service’ (FTCS) instead so they ban Uber and make everyone pay the same fare and ride in the same 1970s Crown Victoria model automobiles so everyone will be ‘equal’?

Karl Marx wrote for a different time and a different era. Mindless adoption of the tenets of Marxism without understanding the violence and loss of freedom for everyone that comes with Marxist governance is a dangerous proposition.

Maybe by the 300th anniversary of his birth in 2118, the world will have learned those sad lessons and leave his philosophy on the trash heap of history and not celebrate them in any quarter around the globe.