This Is What A Budget Reconciliation Bill Looks Like 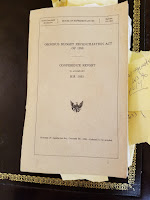 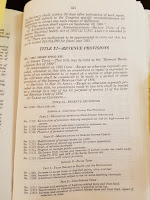 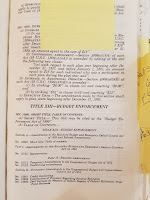 'Son, in the US Senate, there are no rules!'

So said former Senate parliamentarian Bob Dove at the completion of a two day seminar on Senate rules in 2003 when asked to sum it all up for new Senate staffers.

Now that health care reform has been torpedoed in the U.S. Senate in dramatic fashion by Senator John McCain’s deciding ‘no’ vote last week and by Republican Senators who are not up for re-election in 2018, where does that leave health care reform efforts?

The Omnibus Budget Reconciliation Act of 1990 Act (pictured above) ushered in a decade of spending restraint, PAYGO budget discipline and led to four surplus budgets from 1998 to 2001.

The strategy all along from the Republican side was to pass health care reform first under reconciliation rules in order to free up enough spending savings over 10 years to allow a massive tax cut—reform bill to be passed afterwards. Budget reconciliation measures cannot increase the deficit; they can rearrange the deck chairs of tax and spending policy but cannot add to the baseline debt.

Those are the rules. We didn’t make them up. Budget reconciliation was a tool passed in 1974 to allow for expedited consideration of bills relating to spending, revenue and budget matters with only a 50 percent +1 majority in the Senate instead of the 60-vote threshold to close debate and proceed to a vote.

Now that health care reform has collapsed in the Senate, what does that mean for tax reform?

It probably means a scaled-down version of tax reform, perhaps by as much as 50 percent less. Health care repeal and replace was expected to save anywhere from $1 trillion to $2 trillion in spending over the next decade, most of which would ‘pay for’ the majority of a massive tax reform package some estimated to be close to $3 trillion over 10 years. On top of that, budget savings in the rest of the federal budget amounting to close to $1 trillion over 10 years were going to be folded into this budget reconciliation package to form what might have been called “MOBRA 2017” or the Massive Omnibus Reconciliation Act of 2017.

Tax reform will now take center stage for consideration and regular order appropriations bills will be passed to incorporate the majority of budget savings.

Will we see health care reform again this year? Many conservatives now believe Obamacare exchanges will collapse under its own weight without taxpayer bailout of the insurance companies. So why try again?

States that have expanded Medicaid under the 100 percent match for five years are now beginning to feel the pinch of having to pay for 10 percent of the expansion cost since ACA called for a reduction to 90 percent match after five years. Budget pressures will start to force match rates back down to the historical average of 63 percent federal and 37 percent state-funded further weakening Medicaid expansion.

Could the Senate take up health care again under budget reconciliation rules? Yes, if both houses pass another budget resolution and sends out a second set of reconciliation instructions. They could do that 100 times if they so choose.

As Bob Dove said, though, ‘there are no rules’ in the US Senate which means we could see health care again before the end of the year. Don’t hold your breath but stranger things have happened.

This year as a matter of fact.