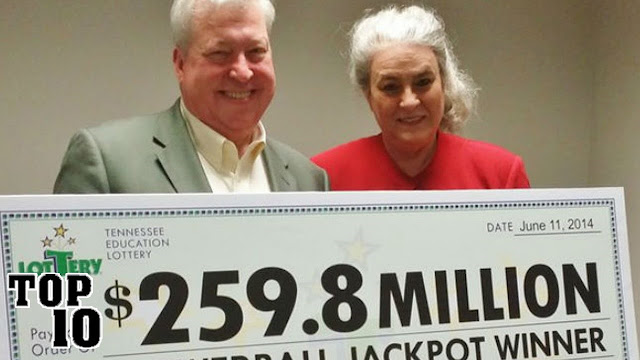 Richard Reeves has written a book, “Dream Hoarders” to explore the widening gap between the upper income class of America and everyone else.

The gap is widening, there is no doubt. But is it because upper-income people are deliberately ‘hoarding’ things and intentionally ‘denying’ others the fulfillment of their dreams and aspirations?

Do upper-income people do things that are inherently detrimental to society or do they actually contribute a lot more to society than they take out themselves?

There have been perhaps 10,000 large to mega-large lottery and Powerball and Super-Mega-Powerball winners in America over the past 25 years that have made people millionaires to super-millionaires.

The odds of winning the most recent national Powerball was estimated to be one in 292 million. There are about 320 million people living in 126 million households in America today to give you some perspective.

Did these lottery super-winners create tons of new jobs for anyone else on their way to becoming super wealthy? Did they invest in any new plant, machinery or technology that was created by other people who employed hundreds, perhaps thousands of other people who supported their families on those jobs in order to become ‘super-wealthy’?

No. The answer is that maybe 100 or so state employees at the state lottery office had jobs because of the lottery in their states. Certainly not thousands. Or hundreds of thousands.

You have a much higher chance of becoming a millionaire in any other fashion than playing the lottery. One in 12 households in any other venue versus one in 292 million for Super Powerball.

Some no doubt did it the old-fashioned way with inherited wealth from their families. However, according to some wealth managers, less than 2 percent of all the wealth created by the fantastically wealthy families in the 19th and 20th Centuries has survived beyond even the third generation of grandsons and granddaughters. Much of that wealth was squandered along the way which also finds its way into the pockets of hard-working carpenters and laborers who build their mansions or luxury yachts before they declare bankruptcy.

Many, if not most of these millionaires made their fortunes not all by themselves but by hiring and working with great people and paying them to help build the company. Once a Bill Gates or Steven Jobs or Jeff Bezos starts to build a company based on their ground-breaking ideas, ordinary folks who join their teams early on not only get paid for their services but get fringe benefits such as health care insurance coverage and retirement plans, which sometimes includes stock that appreciates in value in the growth of the underlying company they are helping build.

The tip of the spear might be the fabulously wealthy people we all read about in the news. The truth of the matter is those entrepreneurs and business leaders made a fortune for themselves while also providing income, benefits and jobs to millions of people beyond them.

It is difficult to consider the vast number of millionaires being ‘dream hoarders’ deliberately trying to prevent others from succeeding in life. After all, they need non-millionaires to help them succeed in the first place.


We all benefit from that collective success.