Is President Trump Being 'Unfair' To Our NATO Allies By Asking Them To Pay More For Their National Defense?

Much is being made of President Trump's public comments about asking our NATO allies to shoulder more of the collective NATO cost burden.

This is not a new thing. Republicans as far back as the 1980's were regularly talking about 'defense burden-sharing' as one way to start getting out from the enormous $300 billion+ budget deficits back then.

Think that is not a lot? That represented close to 30% of annual total federal budgets of just over $1 trillion.  Today's budget deficits, while enormous at $500 billion+, are 'only' 12% of annual federal budget totals of $4 trillion or so.

Still, the question of fairness and justice comes up when you consider that since World War II, the United States taxpayer has been asked to pay for a disproportionate share of the collective defense budget of the free world, namely the US, Canada and Western Europe before the Iron Curtain fell and Eastern Europe for the most part became part of NATO in the 1990's.

Is it 'fair' and 'just' to ask fellow free democracies such as France, Spain and Germany to pay more for their individual defense as part of the overall NATO treaty that commits the US and other nations to come to their defense in the event of an unprovoked attack?

As you can see from the chart above, only Greece, Poland, Estonia and the UK are paying more than 2% of their GDP in defense spending in addition to the US. 23 other member NATO nations fall below the suggested 2% of GDP threshold that every member nation knows is the preferred target for every nation.

The US is paying 3.62% of GDP in defense spending. Since the US economy is so enormous compared to the rest of the world, that translates into over $650 billion in FY 2016 or twice as much in real terms as the rest of the 27 NATO nations combined, even though their collective GDP is greater than the US.

Essentially, US taxpayers (and young people by virtue of the debt we have built up for them at stratospheric levels prior to the Trump Administration taking office) have paid for the vast amount of defense of freedom for our NATO allies since 1945.

Granted, the US has benefited from the institution of freedom and democratic government across the globe since World War II. Every time a dictatorship fell or communism collapsed in Eastern Europe, the US gained new friends and allies and trading partners just to name a few benefits of exporting freedom across the globe as the #1 American export since 1945.

However, 72 years is a very long time. The devastated nations of World War II, namely France and Germany, are among the top 6 economies in the world today. Surely they can be asked to shoulder more of their 'fair share' of the collective burden defending freedom and peace in their nations.

After all, they are closer to the hot spots of the world than the US is. It would seem they would understand the importance of paying for their freedom more fully than relying on a Big Brother such as the United States has asked its taxpayers.

Know what the 'excess' of the United States spending more than 2% of GDP on defense spending is annually?

It is close to $300 billion. Per year. Know how much lower our national debt would be today had the US spent only 2% of GDP for the past 17 years instead of the projected $21 trillion it will soon be?

Over $3 trillion. Our collective debt burden would have been close to $18 trillion instead of $21 trillion solely by limiting our defense spending to 2% of GDP as 'suggested' by our NATO alliance.

Or, to put it other ways, taxes could have been cut roughly on average $200 billion per year for the last 17 years. We could have paved and re-paved every US highway probably 2 or 3 times in advance of the Trump proposal to spend $1 trillion on our nation's infrastructure. $3 trillion in spending over the last 17 years could have done a lot in the fields of research to cure cancer, Alzheimer's or AIDS.

No wonder France and other European nations have the resources to offer 'free' health care or higher education or any of the other litany of supposed benefits of living in a socialized nation! Being relieved of paying fully their fair share for their national defense allows for such policies to be pursued by elected politicians in each country each seeking to get elected and stay elected.

9/11 changed a lot for the US. Much of our increased defense spending came as a result of the now 16-year War Against Terror with major expenditures on the battlefields of Iraq and Afghanistan.

Still, our NATO allies benefit whenever American troops and military strength push back against such oppression. Had the US not been attacked on 9/11, perhaps the targets of Al Qaeda then and now ISIS would have been France, England or Germany. They would have had to have increased their defense spending regardless. 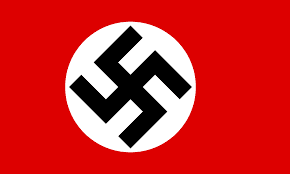 There are historical reasons why no one in their right mind would want to ever see a Germany or a Japan for that matter fully re-arm their military completely outside of a very tight military and national security strategic alliance. For one thing, both nations have repeatedly shown over centuries a very dangerous disposition to fully arm and then wreak havoc, destruction and millions of deaths on the world stage.

No one ever wants to see a fully independent and warlike Germany or Japan operating again. 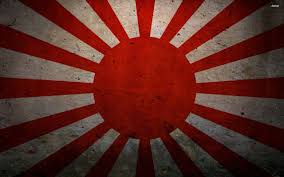 However, that does not preclude either nation from paying a higher proportionate share of their solid economic output on their national defense and security. They could very easily make regular payments into a collective pool for NATO members and basically 'purchase' their security and defense from other members as they deploy troops and assets in the defense of all members in the alliance.

'Defense burden-sharing' was not a bad idea in the 1980's. It should not be dismissed as 'out of hand!' and 'crazy!' and 'insane!' as many in the press are portraying President Trump's recent pronouncements to be.

He could be a bit more pragmatic and diplomatic, to be sure. Perhaps such conversations should take place in private first at some conference of the G-7 or something like that.

However, ask yourself this question:

If the US is still paying for the bulk of the defense of NATO in 2117, that would be longer than the period of time from the end of the Civil War in America to today.

Think about that. It has to change. Today is as good as any.