The media is breathlessly obsessing over whether Democrats in the US Senate, led by New York Senator Chuck Schumer, can keep 8 Democrats from crossing over to vote with the 52 Republicans to get to the magic number '60' so that Supreme Court nominee Neil Gorsuch can be voted on to fill the seat left open when Justice Scalia died last year.

What is so 'magical' about the number '60' in the US Senate anyway?  When did '60' become so important so as to effectively be used to shut down operations of the Senate and therefore the entire federal government for much of the past 17 years essentially?

It is not like Roger Maris in 1961 trying to break Babe Ruth's home run record of 60*. There is nothing inherently 'magical' or even 'constitutional' about the number 60 in the US Senate, is there?

We think there is a very simple way to make the number '60' in the US Senate virtually worthless in short order. However, first a little history:

The 'terrible' thing that the US Senate wanted to prevent with the number '60' was the long 'filibuster' that would occur when or if a Senator would claim the floor and then proceed on a long sustained speech for 1, maybe 1.5 days at a time thereby stalling all Senate action for the duration.

Appropriately enough, the word 'filibuster' comes from the Dutch word for 'pirate' or 'freebooter':


'FILIBUSTERING'is a term lately imported from the Spanish, yet destined, it would seem, to occupy an important place in our vocabulary. In its etymological import it is nearly synonymous with piracy. It is commonly employed, however, to denote an idea peculiar to the modern progress, and which may be defined as the right and practice of private war, or the claim of individuals to engage in foreign hostilities aside from, and even in opposition to the government with which they are in political membership. ["Harper's New Monthly Magazine," January 1853]

'Piracy' of full and open free debate, that is. Filibusters do nothing other than delay free and open debate in the US Senate which should be anathema to anyone in the United States of America.

In 1917, the Senate adopted a rule that called for 67 votes to close off debate (called 'cloture'). Previously, since the beginning of the Republic, there was unlimited debate on an issue as long as the there was unanimous consent (100%) to continue debate before taking a vote.

The president pro tempore (or his designee) of the Senate could keep recognizing Senators who wanted to continue a filibuster as long as he wanted (and his party agreed to).


Remember: the rules of debate in the US Senate are just that: adopted rules by the Senate at the time. There is no constitutional requirement in the US Constitution regarding 'filibusters' or 'cloture' or anything like that.

As it is today, you would think the number '60' is ingrained in Article 1, Section 3 of the Constitution relating to the establishment of the Senate.

It is not. Anywhere.

Unlimited, open and free debate about everything was the hallmark of the US Senate, commonly referred to in the past as the 'World's Greatest Deliberative Body'.  No longer can it be claimed as such primarily due to the cloture rule of 60 today. Both sides engage in threats to 'do filibusters' simply to bottle up contentious issues and avoid making the tough votes and compromises on the big issues we send them to Washington to work out in the first place.

Cloture votes were designed to limit the obstructionist use of free debate of the opposition, especially obnoxious to the majority party in control of the Senate at any particular time.

'Filibusters' are great when you want to oppose an issue. They are 'awful' when you want something passed but your opponents engage in the dilatory tactics of the filibuster.

One the more famous (or infamous) individual filibusters in recent history was when South Carolina Senator Strom Thurmond took to the floor in a filibuster against allowing debate on the Civil Rights Act of 1957. He started speaking at 8:54 pm on August 27 and ceded the floor back to the Chair at 9:12 pm on August 28, 1957.  He spoke for 24 hours and 20 minutes on a wide range of issues from reading Shakespeare to his momma's recipe for 'pot-likker'. 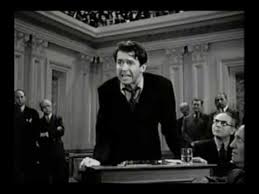 Nature itself. Lack of sleep, physical fatigue will ultimately get every human being to submit to yielding the floor. 'Nature called' in the sense that Strom Thurmond eventually had to use the bathroom facilities and get some sleep, although Capitol Hill legend has it he used some sort of catheter device to postpone his inevitable visit to the bathroom.

After a 60-day Civil Rights filibuster in 1964 that was essentially broken when Republican Senator Everett Dirksen of Illinois brought 27 Republican Senators to invoke cloture at 67 votes, many observers sought to reduce the cloture vote even lower to frustrate future filibusters.  This finally was accomplished in 1975 when the rules to invoke cloture were changed in the US Senate to bring the threshold down to 3/5s or 60 votes from 67.

Today, all you hear about is how hard it will be to get 8 Democrats to switch over to join 52 Republican Senators to get to 60 in the Senate to invoke cloture (end any potential filibuster) and allow the nomination of Supreme Court nominee Neil Gorsuch to get to the floor of the Senate where he could be approved by simple majority or 51. (Republicans have 52 in the Senate today)

We think the effective number today to end cloture is 51 simply because former Majority and Minority Leader Harry Reid of Nevada quite honestly, and 'stupidly' as history will bear out, got a Senate rule lowering the vote for federal judges to simple majority rather than be subject to cloture rule votes. They were frustrated by their inability to get many of former President Obama's judicial nominees through the Senate because Republicans would not join the Democrats to get to 60 votes.

This is the so-called 'nuclear option' you keep hearing about. It is not 'nuclear' in the sense that the Senate will be radioactive for 250 years after using it. But it does take the US Senate far from the original intent of allowing minority party rights in the US Senate by our Founders that it might as well be considered a 'nuclear bomb' to our form of government and should be avoided at all costs.

'Resorting to the 'nuclear option' reduces the US Senate of the United States of America to merely being a second House of Representatives where majority rules and minority parties just get creamed and lose leverage in any compromise solution.

We don't need or want a second House of Representatives where popular emotion can often rule the roost in times of stress or crisis. The US Senate is supposed to be a place where cooler heads prevail and members of both parties are FORCED to make accommodations in compromises to pass laws and confirm nominees that reflect more of the center of the political spectrum than the extremes on either fringe.

So, what is the 'solution' alluded to earlier?


Think about it. Former Senator Harry Reid has effectively reduced the cloture vote to 51 anyway. It is like saying a women is 'half-pregnant'; she either is or isn't pregnant. The effective cloture vote now is 51 whether anyone likes it or not.

So there. That is what is going to happen in the next month or so in a nutshell if you don't see 8 Democrats crossover to vote for cloture in somewhat of a dispirited effort to 'return to tradition and principle' in the Senate.

Allowing a Democratic Senator to start the debate by filibustering the Gorsuch nomination for a day or 2 at best would allow Majority Leader McConnell the opportunity to claim the floor when that Senator passes out from exhaustion and recognize a Republican Senator who could make the motion to proceed to debate the Gorsuch nomination on the floor of the Senate.

Debate will have started. The filibuster will have failed. The next speaker is recognized. And a motion to proceed to vote can follow some adult-level debate about the relative merits and demerits of Judge Gorsuch.

At that point, Mr. Gorsuch could be voted onto the Supreme Court with 51 votes, not 60 as it sounds like today.

What the Senate would lose is a day or so of listening to someone read Shakespeare or the New York City phone book (if such a thing still exists nowadays) into the Senate Record. It might be an affront to efficiency and common sense but the US Senate is not supposed to be 'super-efficient' when it comes to passing legislation in the first place.

Making Senators actually do a filibuster would be much more 'painful' to them personally, physically and emotionally than constantly falling prey to their 'threats' to filibuster. Make them do a couple of them, particularly the older and more frail Senators by age, and the allure of engaging in prolonged, dilatory tactics becomes much less interesting of an option to most sane people.

In addition, people of their state might grow tired of their Senator constantly gumming up the works of the US Senate instead of doing the very hard work of working to find ways to get the bill in question amended in some way that would allow their affirmative vote.  Having a Senator spend 1 day per week screwing things up in the Senate might be fun for a couple of weeks or a month but after awhile, it will grow old and stale as last year's bread.

Order would be restored to the US Senate in terms of restoring it to the 'World's Greatest Deliberative Body' where substantive debate can and should be engaged and let the cards fall where they may based on reason, fact and persuasion.

As it should be.

(Restoring earmarks in appropriations bills so deals can be made and cut to get a Senator's vote once again would be helpful as well. Putting an earmark in for a state for a bridge to be built across a small river to a revered historic landmark in honor of the home state Senator's dearly beloved grandmother who hailed from the region would be a small price to pay to get things moving again on a bi-partisan basis...but that is a story for another time)

*(editorial side note: every major league player who hit more home runs in a season than Roger Maris is tainted by questions about their use of illegal or at least unethical PEDs or performance-enhancing drugs so 61 and 60 are still 'magical' numbers in Major League Baseball at least)

** (Caveat)- There may be some obscure parliamentary rule we are unaware of that experienced parliamentarians spend years in academia debating whether it was offered by a specific number of angels on the head of a pin. However, this discussion came out of a discussion from a veteran of Capitol Hill recently who went to Washington in the 1970s and has basically 'seen it all' so we are going with his observation.