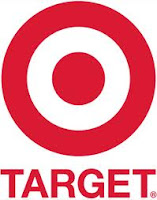 Well, no one saw that coming, did they?

Virtually every professional pundit said they 'knew' that the individual mandate would be overturned by the Supreme Court by a 5-4 majority today.

They got the 5-4 majority correct.  They just didn't envision Chief Justice Roberts siding with the 4 Justices appointed by Democratic presidents Clinton and Obama. On anything. Ever.

So what the heck happened and what does this all mean now for your health care; your taxes and our national budget deficits and economy?

This may take some time to sort out but here are some initial impressions and thoughts:

'Hello, American Express and Visa?  Do you have any more credit cards you can issue to our sons and daughters and grandchildren?  Cause they are most definitely going to need them now to pay for all of this new federal spending.

We can't get into the head of Chief Justice Roberts nor would it do us any good if we could because we simply are not smart enough to understand all of the judicial precedent and navel-gazing that went into his decision as he wrote for the majority today.

But we have read at least some of the decision (you can read it here as well: SCOTUS Health Care Decision. It is 'only' 193 pages) and have read some other commentary such as this one from Charles Krauthammer who calls John Roberts a 'genius' in effect for limiting rampant federal power for the future with this one decision.

And it seems to us as if there may be some 'silver lining' in this for those who have opposed the passage of Obamacare from the beginning.

For one thing, Chief Justice Roberts pretty much brought the hammer down on congressional abuse of the Commerce Clause and the Necessary and Proper Clause, both of which have been massively used to justify an almost explosive expansion of federal powers over all matters of our lives and the states' prerogatives over the past 30 years.

Maybe this one decision will pinch the flame out of that candle.  That remains to be seen.

For another thing, his decision pretty much says that if it 'walks like a duck', 'quacks like a duck'; and 'paddles like a duck', it must be a duck in the same way that the 'penalty' for not having insurance is a 'tax'.

All of a sudden, President Obama and every Democrat who voted for passage of Obamacare (and the one sole Republican who lost in 2010 already anyway so he doesn't have to worry about it in 2012) have been officially, legally and most importantly, 'constitutionally' tagged as 'having voted for the largest tax increase in American history'...while at the same time 'having voted for the greatest expansion of federal debt in the shortest amount of time in American history as well.'

Regardless of whether you like this law or not, those are two mighty big scratch marks on the hood and side panel of any car, truck or van carrying a candidate to and from town hall meetings and campaign events.

In fact, based on past experience, these two issues are so easy to manipulate in a tough campaign that it is easy to see how they might look like a big red target on the backs of everyone who supported it in 2010 who is still around running for re-election this year, including President Obama.

Watch and see just how fast the ad wars heat up with these two themes in them.  We would be shocked if they don't start airing tomorrow at high noon.

One other thing that we have been struck by in the Krauthammer article is this:


Chief Justice Roberts seems to be saying that 'Congress passes laws and Presidents sign them into law.  The Supreme Court should not be 'legislating from the bench'' which in any other case besides this momentous one would have conservatives cheering from the rooftops and setting off fireworks.

Chief Justice Roberts also seems to be saying this profound thing to the American people:

'If you want this law to be repealed, you have to work to get a majority of your fellow Americans to vote against President Obama and elect Mitt Romney this fall.'

'You also have to work your tails off to remove at least 6-7 of the Democratic Senators in the US Senate and replace them with Republicans who will help round up enough remaining Democrats to invoke cloture by getting to 60 votes in the 113th Congress next year when they consider repealing the entire law.

'And then, of course, you also have to help the Republicans maintain control of the US House so they can pass a law to repeal Obamacare in the first place.'

This is going to take your time, your effort, your energy and yes, your money.

Chief Justice Roberts seems to be sending out a curt Constitutional lesson to the entire country,as Charles Krauthammer said in his article:

'This is the way representative democracy is supposed to work.

9 Justices on the Supreme Court are NOT supposed to be the ultra-legislative branch of the government simply because we the people don't directly elect them.

So don't ask us to do your job which is to make democratic republics work and show the people of the world how America is supposed to function.'

If we all learn that one lesson and take it seriously to heart, this SCOTUS decision might be one of the most brilliant and effective decisions ever written in America.