Here's How to Cut Government Spending to 15% of GDP...Overnight 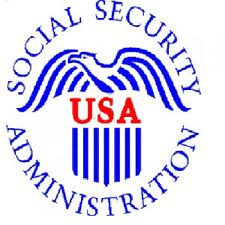 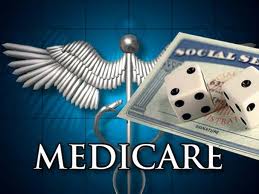 Make them analogous to 401(k) plans or defined contribution programs in the private sector.

Make them live up to the 'truest' definition of the words 'trust fund' just like we want every banker to do nowadays post-economic meltdown.  Make them the 'true' trust funds that every politician on both sides of the aisle who have done absolutely nothing to fundamentally reform them have claimed them to be over these past 52 (Medicare) to 78 years (SS).

You would immediately reduce the 'share' of federal spending relative to the size of the American economy to 15% or less.  When the economy recovers, it could fall as low as 10%.

Now wouldn't that be special?

Let's think about it together.

Social Security alone accounts for about 5% of GDP today.  Medicare/Medicaid combined account for another 5%+ of GDP and is expanding quickly.

Both represent the largest portions of the federal government and they are only going to grow and consume more and more tax dollars each and every year going forward as the huge glut of Boomers retire.

After all, both of them 'supposedly' have 'trust funds' into which payroll taxes are deposited by each and every person and then taken out when that person retires and makes a claim on 'their' Social Security and Medicare 'investments'.

Why not just fulfill the promises of politicians ever since FDR and LBJ and go whole hog and make both SS and Medicare 'true' trust funds, off-budget and fully vested for each and every American worker?

If Bernie Madoff got sentenced to serve 150 years for swindling thousands of folks with his Ponzi schemes, then what sort of sentence should every politician serve for deliberately misleading hundreds of millions of Americans over the past 78 years from the truth about both the Social Security and Medicare 'trust funds'...as in 'there are none'?

How about '16 trillion years in prison' just to acknowledge the fact that they also managed to run up a huge debt at the same time they were deliberately misleading the public on the 'trust funds' (sic)?

Had we Americans screwed up the political courage in 1980 as the people in Chile did and converted to a market-based plan on Social Security at least, every Boomer would be retiring now with a substantial next egg plus a one-time cash benefit of perhaps $100,000 or more on which to live comfortably in retirement.

Instead, now you are 'looking forward' to about $1700/month in SS benefits.

There.  Don't you feel better about that?  That is the government 'taking care of you' instead of letting you put your money into the market and seeing what the free enterprise system can return to you over the course of a 45-year working career.

Assuming we had converted to a 401(k) type of defined contribution model for SS in 1980, all of the Boomers would be retiring  in far, far better shape than they will today.  Close to 50% of them will retire with hardly any other savings or pensions other than what they will receive in SS benefits so we can't just cut and run and leave them on the streets begging for food on the corners.

But not only would converting SS into a true trust fund off-budget be better for the US citizens, it would also  'lower' the federal government share of GDP by close to 5%.

Instead of the confusing and misleading 'trust funds' (sic) which are supposed to fund Part A, Part B, Part D and soon to be Parts E,F,G,H,I,J,K,L,M,N,O,P,Q,R,S,T,U,V,W,X,Y and Z under the Obama health care expansion mandates (unless the Supreme Court rules otherwise, that is), we can and should move all health care in the federal government to a catastrophic health care insurance plan that can be fully funded for people below the poverty line and then scaled down as income and wealth assets increase.

We might never get Medicare fully 'off-budget' that way but we would most certainly get Warren Buffett and Bill Gates and every other well-off to very well-off citizen off the federal assistance rolls where even the manual laborer working hard in the hot sun every day 'subsidizes' them with his payroll tax contribution of 1.45% of every dollar he earns.

There is no reason on God's green earth why such a minimum-wage hard working worker needs to be paying $20 every other week in Medicare payroll taxes to subsidize the Medicare Part A and B benefits of anyone in any income category above him.

That just isn't ethical or right...is it?

Neither is claiming that SS and Medicare are 'trust funds' (sic) when in reality they are nothing more than the transfer of funds from the working population to the retired population.

It is time to reform both programs and make them stand alone on their merits and individual funding mechanisms.

It would also 'shrink' the size of government back down way below where it has been for the past 40 years.

Wouldn't that make advocates of smaller limited government based on free enterprise and capitalism happy?