Let's Say The Individual Mandate of Obamacare Is Overturned by The Supreme Court.... 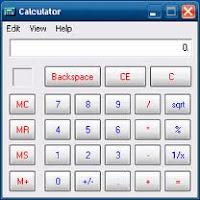 What happens to the deficit?

It could go down according to 'many' respected observers.

It could go up according to 'many' other respected observers.

Here's some things to ponder as we await the Supreme Court decision this Thursday:

Even though the 'individual mandates' that would require every person to buy health insurance 'or pay the penalty' (more on that misnomer later) may be declared unconstitutional and therefore, unusable, the taxes that are already in place to pay for the very high costs of Obamacare will most likely not be ruled unconstitutional by Supreme Court action.

That, plus the fact that 10 years of tax hikes when passed in 2010 were paired against 'only' 6 years of spending hikes to start in 2014, means that the tax hikes are already starting to sink into the American economy and business cash-flow statements.


If the mandatory spending is eliminated, we could have a situation where the tax hikes remain in place.


And, as difficult as it might be to admit, just like the expiration of the Bush/Obama Tax Cuts (President Obama agreed to extend them so they are now his as much as Dubya's) this year on December 31, 2012, these tax hikes will help reduce the deficit going forward.


Expiration of the Obama/Bush Tax Cuts will take place automatically unless Congress passes a bill to extend them again in November or December and President Obama signs it either as a lame-duck on his way out as our 44th President or as a victorious re-election winner heading into his second 4-year term as Chief Executive and Commander-in-Chief of the United States of America.


He could just veto the extensions and let all of the $3.3 trillion in tax cuts expire and really make a huge dent in our deficit/debt picture going forward.

Of course, that would include virtually every single taxpayer in the nation, the 48% of those who still pay income taxes, that is, including the middle-class wage-earner.


The Big Whopper in all of this is the dreaded 'AMT' or 'Alternative Minimum Tax'.  Should the Obama-Bush Tax Cuts expire on 12/31/12 as under current law, roughly 28 million new taxpayers will be hit with this higher stealth tax in 2013, up from 'only' 4 million in 2012.


So if you are a deficit-hawk, be careful what you wish for.  You might just get lower deficits this way, albeit through higher taxes.

Since most of the added cost to Medicare and Medicaid will be eliminated because of the number of people who would have otherwise been covered by the new federal mandate, there are billions of savings there from future baselines.


It sure won't be cost-shifted to Medicare since the writers of this legislation have done about as much to insure that reimbursement rates to doctors who still will see Medicare patients will be slashed to the bone.  Plus, Medicare is broke today so it can't assume any more costs period.


We have taken a look at past CBO analyses and reports and come up with this range of outcomes:


Here's a chart prepared by CBO detailing the cash-flows of possible repeal of the mandate:

So when the momentous Supreme Court decision is handed down this Thursday, and the talking heads on both sides will try to make you think it is the moral equivalent of Brown v Board of Education in terms of national importance, just think to yourself:  'What does this all really mean to me anyways?'

Because we have not even touched the heart or the root of any of these medical care delivery problems or mechanisms such as tort reform, defensive medical practices, liability insurance reform and perhaps 100 other factors that are driving the cost of medicine up at 3 times the rate of general inflation in the economy.

That is what you'll be voting on this fall:  'Who can and will address the real costs of our medical system in America today?'

We already know where President Obama is coming from.  What will the alternative be from Mitt Romney and the GOP?

Or the rising Independents across the nation?

To learn more, visit InstitutePublicTrust.org
Posted by Frank Hill at 5:32 AM