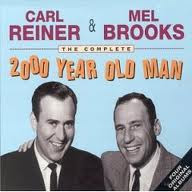 Long-time readers of Telemachus know that we have been advocating a rapid and immediate increase in the retirement age for SS and Medicare to at least 70, possibly overnight.

Why? For one thing, life-expectancy is certainly far higher than it was in 1935 when FDR passed SS and set the Golden Retirement Age at 65. If truly indexed for extended life expectancy to be equal to what it was in 1935, the retirement age would have to be closer to 80 today than 66 for SS and 65 for Medicare.

The second reason is that raising the retirement ages for both of our major entitlement programs, almost twice as large when combined as the US military budget, would save trillions for the federal budget going forward and darn near be the single largest solution to correct our budgetary woes going forward.

For decades, we have been told by CBO and other respectable economic forecasting services that the single most important factor in our ‘structural’ deficits is the relatively low, by now, retirement ages to become eligible for the two major federal entitlement programs, SS and Medicare. Raising the retirement ages is the one single thing that Ben Bernanke, Alan Greenspan, Paul Volcker and even Warren Buffett can all agree on and have said so in repeated testimonies before the various committees in Congress.

Until now. And the passage of Obama Care is the reason why.

‘The Law of Unintended Consequences’ rears its ugly head once again.

Take some time to read the embedded blogs below and let this information sink into your cerebral cortex. The first is from the Incidental Economist in which the author talks about how raising the retirement age will not save as much money as previously believed, pretty much because of Obama Care coming on-line in 2014, if fully funded by a Republican Congress, that is.

The second is from Chuck Blahous, a trustee for the SS/Medicare 'Trust Fund' (sic), who pretty much clearly lays it on the line that we can't get out of this budget deficit spending morass unless we reform and repeal major parts of Obama Care immediately, like by the end of this year, 2011.

The first rule of federal budgeting policy?  'If you want to get out of Budget Hell, quit digging!'

The bottom-line is that due to the passage of Obama Care, companies can, and most likely will, dump employees into the ‘exchanges’ funded by the government and pay the $2000/head ‘penalty’ instead of providing the $7000+/person health care coverage from their company level.

So far, so good…for the company and corporation. They get to ‘save’ up to $5000/year per dumped employee.

But the taxpayer will have to pick up much of that $5000/person cost through the exchanges since it is highly unlikely the individual will be forced to pay the full actuarial cost of the health care coverage at that age.  It could be $10,000/person after age 65.

And unless a massive tornado runs through Congress to rearrange the laws and regulations governing health care in America like one that ‘magically’ runs through a junkyard and somehow produces a Boeing 777 out of all the spare parts there, there is no chance that costs to the taxpayer under Obama Care will ever ‘go down’ which is where we need them to go.

Let’s say the retirement age does increase to 70 somehow for Medicare in the next few years. (Sorry, you 64.9999 year-old workers.  It looks like you will just have to work for another 5 years to help save the republic and improve your children’s future in an act of selflessness and sacrifice no generation has had to make since the Greatest Generation saved the world from the Nazis)

Assuming Obama Care is fully operational in 2014, (again, how odd is it that this happens 'after' the next presidential election?) and assuming the retirement age goes to 70 somehow by then, people aged 65-70 will be dumped into these exchanges as if on cue by every single sentient corporate or company exec.

You may have heard President Obama say you can keep your health insurance if you like it.

Yeah, but ‘only if your employer wants to keep providing it!’ And if he can save $5000/head by dumping you into the ObamaCare exchanges, guess where the head of the 20, 200 and 2000+ employee company is going to dump you?

Into the exchanges, no doubt about it. If you can save $10 million by dumping your 2000 employees into the exchanges and you don’t do it, rest assured your stockholders will find someone who will do it in a blink of an eye.

So what’s so bad about this, Mr. Cassandra Doom-and-Gloom?

What is ‘bad’ about it is that we might not save any money for the US taxpayer or reduce the explosive budget deficits and moderate the debt by moving the retirement up to 70 or 80 or even 100!

Why? Because the people caught in the gap between working under a corporate plan and qualifying for Medicare will have ALREADY BEEN DUMPED ON THE FEDERAL DOLE! Their costs will already be factored into the budget spending projections and when they do become eligible for Medicare at 70, the so-called ‘savings’ will be rendered miniscule by this sleight-of-hand passed under Obama Care.

We just saw a very interesting article. It said that there is a person now living in America who will live to be 150 years old.  He/she might finally expire and draw their last breath long about, oh, let’s say, the year 2140.

Here’s our question: ‘Will he or she be eligible to draw federal benefits for over 85 years under what is left of SS and Medicare if we don’t ever raise the retirement age from 66 for SS and 65 for Medicare?’

The way the Defenders of the Status Quo in SS and Medicare explain it, ‘Hell, yes! That old person deserves it!’

There has to be a better way. Even Chile has figured out how to blend federal entitlement programs with private market investment decisions.


Are we totally incapable of making coherent, intelligent decisions for the good of the entire nation any longer?  Think about it.
Posted by Frank Hill at 3:19 AM