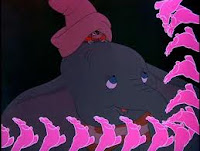 The debt ceiling is due to be voted on soon and we have come around more to the position that the best thing Congress can do is to leave it alone as is today. $14 trillion, $294 billion is the legal limit of all of our borrowing can be under existing law.

What would happen if we don’t raise the debt ceiling? Would the known universe as we know it fall in over our heads like a black hole sucking the life out of everything that comes near it?

Nope. Not even close to what some of the Chicken Littles are saying in Washington from Secretary Geithner on down.

We wrote about this before (see ‘Debt Ceiling’) and now we think not raising the debt ceiling will have the same salutary effect on the federal budget as would a constitutional balanced budget amendment. We desperately need the BBA now based on the last 10 years of desultory performances by Congress and Presidents on fiscal matters, wouldn’t you have to agree?

We have done a little research into the matter and apparently the very first thing that will be paid for in the event of not raising the debt ceiling is? (drumroll please)

What? You mean the first thing that gets paid is some interest coupon to some Saudi sheik or Chinese bureaucrat? What about my Social Security check or Medicare benefits? What about paying for these great SEALS who took out Osama?  What about the sublime Lawrence Welk Museum that some Congressman tried to get funded to the tune of $500,000 to build it in his hometown of Strasburg, North Dakota to celebrate the life and times of ‘Mr. Wunnerful Wunnerful’ himself?

They all may get funded to some extent nonetheless, just not until after the interest is paid on the existing national debt.

That is the way it is with debt, ladies and gentlemen and has been since ancient times, except with the Biblical Jubilee, that is. You borrow money from someone and they expect to get paid on time and regularly for the use of that money by you, not them. And since we owe over $9 trillion in cold hard cash to debt holders, we will pay out over $261 billion this year in interest costs alone.

(forget the fictitious and deliberately misnamed ‘SS Surplus Trust Fund’. It is as ‘real’ as the pink elephants Dumbo saw in his dreams)

First of all, after all of the echo chamber pundits inside the Beltway get resuscitated after fainting in shock and horror, the first check that will be written to anyone will be for the interest owed to the Saudi sheiks and the Chinese bureaucrat. And so will the second and the third and every other debt obligation as they come due.

We certainly have enough to pay the interest on the $14 trillion credit card bill we have rung up. Just ask Visa or America Express...they love it when you keep paying that monthly interest to them.

Over the course over a year, every single penny of that $261 billion in net interest will be paid to creditors (but not a single hard dime will be paid to the Trust Fund ‘Imputed’ Interest fund simply because it is 'imputed' interest, not paid interest). So the US credit rating will stay intact and foreign investors will still buy US-denominated bonds because, well, we are still ‘safer’ than anywhere else in the world.

Who do you think will crumble into the dustbin of history first, The U.S. of A or China? (don’t answer that...China has been around for 5000 years and we have been around only a measly 222)

And then what? We are pretty sure Congress will continue to pay the Team VI SEAL members to go after the other bad guys in the world along with the rest of the brave men and women now serving our nation in the armed forces.

But they will also not be able to fund any new defense programs or initiatives until and unless they cut back or eliminate past programs, many of which date back to the WWII era. (Our favorite was the elimination recently of the Federal Helium Reserve Program that started after World War.....I!)

And then every seniors’ Social Security checks will be paid on time. Except maybe, just maybe Congress will take a look at the $3000 check we are sending to multi-gazillionaire Warren Buffet each month and start to wonder what kind of social safety net we really want to have or need when even the likes Warren Buffett are ‘entitled’ to such taxpayer-assisted funds. (call it ‘welfare’ if you want....we are of the belief that anytime a federal check goes to any person or business in the form of grants, support payments or economic assistance, it fits the true definition of ‘welfare’ as defined in Webster’s Dictionary)

And then Medicare benefits will be paid....you know that.  But maybe Congress will finally address the upwards cost-drivers in health care such as defensive medical practices and tort reform and maybe raise the retirement age for people going forward to 70 to keep in proportion to longer life expectancies to stretch out limited funds?

Guess how much of the current budget will be left after these three parts of the budget are paid plus Medicaid? 19%. If defense and entitlements are left untouched and unreformed for the next five years, all that will be left will be under 10% to pay for all the transportation, energy, environmental, education programs and Lawrence Welk Museums we all say we love and want.

So let the games begin. Congress, don’t increase the debt ceiling.  PLEASE force yourselves to set spending priorities on a vertical scale 1-10,000...and then live within your means, i.e., ‘spend only what comes in in the form of current income and payroll taxes’.
Posted by Frank Hill at 5:03 AM