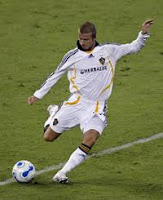 There was some truly heart-breaking and depressing news this past week when the Social Security and Medicare Trustees came out with their desultory report about the sickly state of both of our major entitlement programs today.

Here is a link to the report and to a thoughtful inside comment from one of the trustees who is a good friend of ours and a sound thinker on all things budget-related, Dr. Chuck Blahous.

If you don’t have the time to read it just yet (you should read it in its entirety sometime soon, except only under the following conditions: 1) not right after you have eaten anything and 2) preferably with a tranquilizer gun nearby and handy), here’s the bottom-line:

‘Both Social Security AND Medicare are fundamentally and technically broke, bankrupt, kablooey right now, in 2011 A.D.’

That is it. Can it be any more clear than that?

Now this doesn’t mean every granny or grandpa is going to lose hers or his SS check this month. It doesn’t mean they will be denied Medicare payments for their various ailments and treatments.

One of our favorite slogans for older-age was found on a needlepoint pillow made for one of our best friends ever: ‘Old Age Is NOT For Sissies!’

But it does mean that something has to be done pretty darned soon and quickly by President Obama and Congress in order to avoid a complete dissolution of both programs and/or a complete destruction of every other program in the federal budget from defense to homeland security to education to transportation to environmental protection. Both entitlements, left unchecked and unresolved, will crowd out every other federal program that at least some people think are important.

The problem we think with the presentation of the Paul Ryan budget plan to phase-in a new era of Medicare for coming generations is that the GOP has not made it clear enough that every single current senior citizen has nothing to worry about with benefits on either program. They are all ‘grandfathered and grandmothered-in’ to the current system, in essence, simply because Ryan’s plan takes so long to phase-in, up to 20 years or long about 2031 or so. 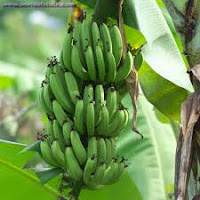 How can anyone aged 75 years old right now be too worried about what SS and Medicare will look like in 2031 when they are 95? They won’t even be buying green bananas at that time much less worrying about what some young whippersnapper says about SS and Medicare in Congress at the time.

In our humble opinion, the real problem with the Ryan plan is that it doesn’t phase-in fast enough! We need to enact these reforms today, in 2011, not in 2031. How do we know the Chinese will still be there letting us borrow their money and pay them only 1% in real interest rate costs to borrow it forever?

We also disagree strongly with Newt Gingrich’s errant remark that the Ryan plan smacks of ‘right-wing social engineering’. (What is the former Speaker talking about?)

But, fortunately, we do have ‘the answer’ at least on Social Security. Of course, it comes directly from Dr. Blahous mentioned above and we think some version of it can be applied to the Medicare program as well.

And it can be done today without affecting any senior citizen who depends solely on SS and Medicare to survive because, sadly and apparently, their children have passed away or they are not taking care of their parents like their parents took care of them growing up.

We like to call it the ‘Bend it like Beckham’ fix to entitlement programs simply because it is a hook to remember it by since it is such a confusing problem to solve in the first place.

We have spoken about it before (see 'It's Too Late') but to reiterate once again, there is such a thing called a ‘bend point’ in current SS law that inversely calculates the benefits due a person in retirement relative to their income and salaries during their working career.

Here’s what Dr. Blahous has to say about changing the ‘bend point’:


‘You COULD very easily draw a new ‘bend point’ in the benefit formula, and then slowly phase down the bend point factors above it.  Basically phase down to a flat minimum benefit for everyone – above that minimum poverty-protection benefit that everyone is eligible for, you don't get any more if you have higher income.

If you went all the way there, you could probably still fund a small personal account. Or, if you just wanted to scrap the account or were willing to put in some more tax revenue, you wouldn’t have to phase the factors all the way down to zero.

You could solve the entire shortfall that way.’

Essentially, doing it this way is the right way to help the truly poor and indigent first in our society instead of having a universal spending program to fully help the truly wealthy and the poor alike. Lowering the 'bend point' would guarantee that everyone would get some sort of subsistence level of SS and Medicare payment coverage…everyone.

It just would mean that Warren Buffett and Bill Gates would have to take care of more of their retirement benefits than under current law. And why the heck not!? They can buy their own hospitals if they need the best health care in the universe anyway…they don’t need one dime of SS or Medicare handouts from the government truth be told.

So while the Democrats seek to demagogue the heck out of the Ryan plan by running ads showing mean old Republicans pushing granny out of her wheelchair over a cliff as they did in the recent 26th congressional district campaign in New York (honestly! They actually did it! See the 'America The Beautiful' campaign ad here), there is a common-sense solution that can be passed tonight…and no one would really know the difference.

So 'Bend It Like Beckham' on SS and Medicare and buy as many green bananas as you want. Both senior citizen programs will still be with us then when we are 95 in some form or fashion.
Posted by Frank Hill at 3:05 AM