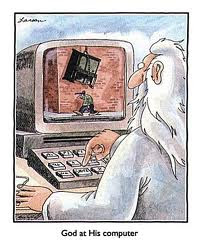 Ever wonder why candidates for political office seem to govern ‘differently’ from the way they campaign to win that very same seat?

It has been that way since the beginning of representative democracy and civil government way back in ancient Greece.

For one thing, a candidate has to appeal to the relatively small number of people who actually vote, as opposed to those who do not vote, in a primary election to get to the general election to win the 50%+1 majority necessary to take office.

As a result, they make ‘campaign promises’ to win.

But once in office, they all of a sudden have to deal with the reality of ‘governing’ a diverse population of people from wildly different backgrounds, races and religious beliefs. That is far different from appealing to just the relatively small number of people who ‘agree with you’ during the primary election and then a broader number in the general campaign.

And this can drive people on both ends of the ideological spectrum bonkers. ‘Why can’t we get people to do what they say during the campaign?  'They signed a pledge!’

Aren't you glad President Obama did not do everything he 'promised' during his campaign on foreign policy which might have not led to the end of Osama Bin Laden two weekends ago?

We think the confusion and frustration comes down to the definite difference between sacred ‘oaths’ versus campaign ‘pledges’.

There is a difference.

An ‘oath’ is inherently a religious term, always associated with a connection to God. Have you read about what happens to people in the Bible when they violate an ‘oath to God’? They get ‘smited’ in some fashion…lightning strikes; earth moves; people get turned into salt pillars, that sort of thing. (Gary Larsen's 'Far Side' cartoon showing God hitting the 'Smite' button on his PC makes us laugh out loud every time we see it )

A campaign ‘pledge’ is a promise that is not necessarily attached to the sacred power of a deity. You ever seen a person sign a 'No Tax Pledge!' with their hand on the Bible?  Doubtful.

Pledges rely more on the intent of the person to accomplish the stated goal.  Campaigns are undertaken to relay to the public what a person’s general philosophy towards civil self-governance is, not to have tablets etched in stone to come down from Mount Sinai with a 10-point public policy handed to the people by the ‘Chosen One’, the candidate.

One of the dumbest ‘oaths’ we have ever heard emanated from the mouth of Jephthah in Judges 11:30-35 in the Old Testament. It clearly points out the difference between a solemn ‘oath’ and other forms of pledges and promises, and the dangers of both.

'And Jephthah made a vow to the LORD: “If you give the Ammonites into my hands, whatever comes out of the door of my house to meet me when I return in triumph from the Ammonites, will be the LORD’s, and I will sacrifice it as a burnt offering. Then Jephthah went over to fight the Ammonites, and the LORD gave them into his hands…

When Jephthah returned to his home in Mizpah, who should come out to meet him but his daughter, dancing to the sound of timbrels! She was an only child. Except for her he had neither son nor daughter. When he saw her, he tore his clothes and cried, “Oh no, my daughter! You have brought me down and I am devastated. I have made a vow to the LORD that I cannot break.'

For the life of us, we can not figure out or understand why Jephthah didn’t just say: ‘…whatever dog, pig, cow or donkey comes running out of the door of my barn’ instead of leaving open the possibility that his only daughter would be the one running out to him after he had been given victory over the Ammonites.

But you know what else the Bible says that might have helped Jepthah?

‘It would be better not to issue an oath at all’ than to violate the one you give.

So what does all this mean for political candidates?

First of all, the only true ‘oath’ we have ever seen required of any person in politics is when they take office in Congress and ‘solemnly swear’ with their hand on the Bible to support and defend Constitution of the United States…(s)o help me God.’ (see full text below)

You seriously have to wonder why there have not been more Congressmen and Senators killed by unexplained bolts of lightning on Capitol Hill over the years but that is another discussion for another day.

(Just don’t stand next to one too long)

But the ‘solemn oath’ to defend the Constitution takes on a whole new meaning if you actually read the Constitution! Our elected representatives and senators and Presidents are ‘sworn’ to keep our nation intact and safe by whatever means possible, first and foremost. That is the one over-riding principle that takes precedence over all other concerns in our national life together.

We elect these people to be our representatives in Washington to use their best judgement and do the best they can on each issue since we don't want everyone to have to vote on every single issue in a national plebiscite every single day. That would be what a true 'democracy' would be like and it would be totally chaotic and reminiscent of the Jacobins that so terrified Jefferson when he was in France in 1789.

We live in a democratic republic which means the people we elect have to go to Washington to work out deals to run our nation for us and that necessitates the copious use of compromise, diplomacy, intelligence, creativity, decorum, persuasiveness, persistence and a healthy sense of humor.

Here's a summary of the 'dumbest' pledges politicians sign nowadays that prevent them from seriously reducing these outlandish and dangerous budget deficits and national debt:

Do you mean to say that if you are a 'true conservative on the one side, and you can get $4 trillion in spending reductions in return for a $1/head tax increase on 150 million taxpayers, you will not take that deal?

Do you mean to say that if you are a 'true liberal' on the other side, and you can get $4 trillion in tax hikes in return for cutting $1 out of the $3000/month Social Security check now sent to every multi-billionaire like Warren Buffet, you will not take that deal?

That is simply preposterous, ladies and gentlemen.  Such people are simply not serious when it comes to governing in a civil democratic republic such as ours.  In fact, such comments and pledges are buffoonish and not worthy of reasoned rational debate in any humanoid species that is supposedly above the apes and chimpanzees.

The Founders were smart enough to set up a system where (supposedly) our best and brightest would 'stand for election' and go to Congress and make the best collective decisions possible given the circumstances facing our nation at the time.

We think the Founders would have encouraged the following 'Ultimate Campaign Pledge!' to be used by every candidate in every campaign that followed them had they thought about it:

‘I pledge to do the best I can to ‘keep government limited or small/make government as large as possible’ and let each candidate fill in the blanks as each sees fit.

At least that would be the honest thing to do.


Congressional Oath of Office:
“I, AB, do solemnly swear (or affirm) that I will support and defend the Constitution of the United States against all enemies, foreign and domestic; that I will bear true faith and allegiance to the same; that I take this obligation freely, without any mental reservation or purpose of evasion; and that I will well and faithfully discharge the duties of the office on which I am about to enter. So help me God.”
Posted by Frank Hill at 4:29 AM