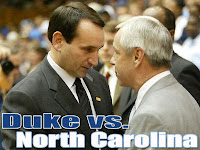 From the truth in advertising divisions of the Federal Trade Commission and the Department of Education, consider this possible headline above.

Aren’t most universities today only teaching ‘half’ (hemi-) of the available knowledge out there from human history? Isn’t the goal of a true ‘uni’(all)versity to convey knowledge from all points of view to give a student a well-rounded understanding of the complex world around them?

Truthfully, can any institute of higher education in America today honestly say that they are ‘unbiased’ in any way, shape or fashion and they encourage the full consideration of the entire range of human thought from the liberal end of the political spectrum to the conservative end?

The famous Last Oration of Otter in ‘Animal House’ just popped into our head for some reason, because if American universities are not teaching universally:

We have been struck for many years over the ‘uncivil discourse’ that has dominated America politics for the past 30 years, the past 20 being really bad and the past 10, well, ridiculously destructive and idiotic. We think it has something to do with the idealism of the now-aging Boomers and will abate once they start leaving the national stage, to put it delicately, which we will return to later.

We were invited to speak at a panel at a ‘hemi’versity recently and were struck by the stark admission that college campuses nowadays have next to zero intent or interest in being anything other than a ‘liberal’ place where only ‘liberal’ thoughts and observations are considered ‘appropriate’ and ‘acceptable’.

At least some of the people we spoke with were willing to admit it.  It used to be that college presidents and administrators ‘denied such a thing ever occurred on our campus!’, especially those state taxpayer-supported ‘hemi’versities where most of the taxes and large donations come from wealthy conservative businesspeople.

We think college campuses have a role to play in restoring comity (not ‘comedy’) and civility to the public discourse and debate. And it will be once again by becoming a place of ‘universal’ thought and discussion where people can learn to agree to disagree in an agreeable manner, mainly by opening discussion of the full range of views out there.

Our contention is that unless people of different persuasions talk to each other on a regular basis, no progress or compromises are ever going to be made in the public arena. Why? Because if you 'hate' another person for their ‘extreme’ views but have never met them in person, it is next to impossible to ever come to some common solution…on anything.

Ever see a married couple try to reconcile their differences? They can’t do it without talking to each other, many times with a counselor in between.

A true ‘uni’versity could be such a ‘healing counselor’ for a nation torn apart by decades of debate and hate-filled speech on abortion, race relations, gay rights, property rights, illegal immigrants, unemployment, Iraq, the CIA and global warming.

And we need to come together and solve some very large problems like the budget deficit, Social Security, Medicare and tax policy right now, like tomorrow morning before it is truly ‘too late’ to solve them.

Here’s the really odd thing to us: Much of today’s thought that is considered to be ‘conservative’ actually has its roots in the ‘classical liberal’ thinking of the 17th and 18th century in Europe where freedom of the individual and liberty in all human activity began to take root after eons of chieftain and monarchial rule.

If a classical liberal free-range thinker such as David Ricardo or Adam Smith applied today to teach at a ‘Hemi’versity of (name your state)’, would they be considered a ‘crazy right-wing free-market supply-sider whackjob’ or would they be given tenure right there on the spot?

Back to the Boomers:  Read the great book, ‘Generations’ by Neil Howe and Bill Strauss, written in 1991. You X’ers and Y’ers and Millennials will learn that these two guys are the ones who coined your generations in such a manner first…so blame them if you weren’t named something great like ‘The Greatest Generation’. (you gotta earn that first though)

Neil used to come by the congressional office to discuss his theories of how generations actually have distinctive characteristics as a whole such as ‘idealistic’, ‘practical’ or ‘silent’.

Guess what the Boomers of the ‘free love’, ‘more drugs’, ‘Make Love, Not War’ generation of the ‘60s are?  You got it…’idealistic’….just like the Transcendentalists of the pre-Civil War era who wanted to end slavery.

And guess what characteristic trait is both admirable and destructive to both generations at the same time? Their collective sense of ‘righteousness’….the conviction that ‘I am right!’ which means that ‘You are wrong!’.

And that leads to stalemate and a digging-in of heels on opposite sides.

‘Hemi-versities’ becoming ‘uni’versities again can help restore the sense of balance and practical politics to the national stage, especially as the Boomers die off, (oops! sorry but is it going to happen) and the more practical and solution-oriented X’ers take their rightful place in American politics.

We are actually more optimistic about the future because of this demographic change that is underway right now beneath your very nose.

And ‘Go Hemi-Heels and Hemi-Devils!’ We are conflicted…gotta admit it.
Posted by Frank Hill at 3:26 PM