When Higher Interest Rates are a ‘Good Thing’...Honest! 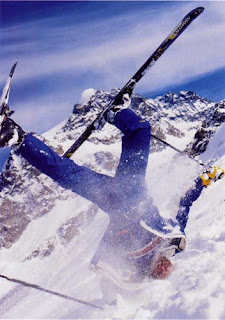 Amidst all of the excitement about the Vancouver Olympics and consternation over the still-lingering jobless recovery, there was a flickering, glimmering light that sparked in the ashes of this nasty recession about a week ago and hardly anyone noticed.

The Fed announced a 'teeny-tiny' rate hike on the money they loan the largest banks.

“What a minute! How in the world can higher interest rates be good for anything? I thought the lower the rates the better’.

(When you think about it, we have had darn near zero and close to negative real interest rates when you factor in any inflation over the past several years.  How much lower could we go anyway?)

It is a complicated saga but bear with us for a moment.

When the world seemed to be imploding in 2008 and Wall Street was crashing like so many alpine skiers seem to do every day in Vancouver, we called one of our friends who works at the Federal Reserve in Washington for some insight into what the heck was really going on at the moment.

This is one of the true public servants you never read about, one of the faceless, unsung people who do their job diligently day-in and day-out without ever having their name in the paper or becoming a pretentious chatterhead on one of those insanely contentious and ultimately self-defeating ‘talk shows’ on cable tv. He is one of the legion of 80% of federal public servants who are good at what they do and we are fortunate to have serve our public interest.

Anyway, as we were asking a lot of questions about incipient inflation due to the Fed ‘printing’ more money to bail these banks out, etc., this gentleman calmly interrupted and said, quietly, in his best former high school coach voice: “We have it all under control.”

When we asked how in the world could that possibly be when the tectonic plates of the world's economy seemed to be shifting all around, he said: “Mr. Bernanke knows precisely what he is doing. He has been training for this moment his entire life and he is the exact right person to be in the exact right place to navigate our way through these troubled waters.”

He went on to explain: “There will be no explosive inflation coming out of this recession for one very simple reason. All of this support we are giving to the banks right now is not from running the printing presses to print massive amounts of new currency til they melt down. In fact, we are telling the banks not to ever use any of this 'money' we are extending them for lending purposes no matter what. It is simply a matter of extending credit to the banks from the newly expanded Fed balance sheet via debits and credits on the books of the banks and the Fed concurrently. The purpose is to shore up the bank reserves to meet their reserve requirements and hold them there until the economy recovers enough that the banks can meet the reserve requirements on their own.”

“And when will that moment be, Sir Deep Throat of the Fed?” we asked.

‘When we see enough economic activity to justify it, we will start to raise interest rates ever so slightly to start siphoning that credit back to the Fed from the banks. Eventually, we will have to recover all of that extended credit which we will then de-leverage off the Fed’s balance sheet by simply destroying it.”

Meaning 'make it disappear' just as quickly as they made it appear when they ‘expanded’ the Fed balance sheet in 2008 and 2009. Just think of a video game where you shoot down space aliens or something and they just disintegrate on-screen.  That is what will happen to these trillions of 'dollars' on the computer screens with the expanded Fed balance sheets on them when they are 'returned' to the Fed from the banks in the form of higher interest rates.

Now that might not be the fancy-dancy theoretical economic politispeak you might hear in congressional testimony from Alan Greenspan or read in some advanced economic publication such as the Financial Times or the Wall Street Journal. But he seemed to be saying: “Whatever the Fed can create out of thin air to help us through this crisis, the Fed can make disappear the same way.”

And with its disappearance, significantly reduce the possibility of explosive interest rates due to a massive expansion of the money supply the 'old way'...printing up trillions of new greenbacks on paper.

We hope he is right. And we hope our limited knowledge of high finance allowed us to hear Deep Throat’s words and comprehend them with understanding.

‘That is our story and we are sticking to it’ as the great country song declares. At least it is one small flicker of positive hope….isn’t that good enough nowadays?

ski crash courtesy of www.sportingnews.com/blog/zamboni77/225492
Posted by Frank Hill at 3:21 AM