What Actually Happens ‘When Good Men Do Nothing’? 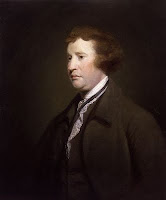 We love politics and we love Washington, believe it or not.

It is the one place on earth where the free exchange of grandiose dreams, ideas, philosophies and proposals come crashing together on a daily basis, ostensibly to help the Republic known as America stay great and free for centuries to come.

Some people compare it to ‘watching sausage being made’, full of, well….all of the parts of the hog that didn’t make it into good hams or bacon, we suppose.

We prefer to think of it like waves crashing into each other at a point on the coast…some from the west, some from the east, and some from the north and south.  Somehow, the oceans rage for periods of time and find calm in between.

But what happens if the winds blow the waves too long from the west, or the east for that matter?  It won’t be too long before the sand dunes are reshaped and the currents changed forever.

Just like in politics. When there are no viable countervailing forces, as in much of the 21st century so far, one side or the other ‘wins’ and reshapes our national landscape and economy.  And no amount of ‘beach re-nourishment’ can restore the shoreline easily to what it was before.

Here’s our question directly to you today, and to the thousands of friends you might want to send this to:  “What happens to our national politics if ‘I’ Do Nothing About It?”

Not your daddy, or momma, or hoping some some single person running for president will be our savior. You, period…along with an army of other like-minded citizens.

Here’s another reason why we ‘love’ Washington politics:  No one ever does the research to get the quotes exactly right.  In this regard, it is so predictable.  99 times out of 100, if you hear something that sounds really great in a speech, it has been lifted, without attribution, by the person saying it.  Barry Goldwater was not “Goldwater’ without numerous references to the ancient Roman ‘Great Speechifier’ himself who would put even President Obama and Reagan to shame, Marcus Tullius Cicero (which meant ‘chick pea’ in Latin…what a name for a leading public citizen)

JFK would have been another backbencher without speechwriter Ted Sorenson lifting quotes from George Bernard Shaw all the time….and RFK and Teddy Kennedy used the Irish writer’s words abundantly as well.

So people in Washington often times puff up and say:  “Edmund Burke once said: “When good men do nothing, evil will prevail!”

Except the great British philosopher of the Enlightenment ages never said that, ever.

What he did say, in fact, was this:  “When bad men combine, the good must associate; else they will fall one by one, an unpitied sacrifice in a contemptible struggle.”

Doesn’t roll off the modern American tongue quite as well but you get the point.

But it is so much more descriptive, don’t you think?

Garrett Morris, who used to do a brilliant SNL routine with Chevy Chase in the early days called “News for the Hard of Hearing” would cup his hands and shout out the very words Chevy Chase had just uttered on “Weekend Update”.   We think many Americans are apparently ‘hard of hearing’ nowadays because they just don’t seem to believe what they are hearing or seeing coming out of Washington anymore.

Except in this case, Morris would modify Mr. Burke’s words and shout at the top of his lungs: “Hey, you! Get up off of your rear end and run for some political office! If you don’t, and you really don’t like what they are doing, you are going to be picked off, man, one-by-one, like Sergeant York shooting wild turkeys from the back of the line to the front!”

We believe it is time for every “Good Man” and “Good Woman” to consider seriously running for any political office of their choosing in the next 5 election cycles.  There are elections in every year around the nation: municipal elections every two years, including this year; congressional, legislative and most gubernatorial elections in 2010 and the big presidential cycle again in 2012.

You can be one of the ‘good ones’ who associate and help end this ‘contemptible struggle’.  Believe us when we say, with total confidence, that you are better than 95% of all elected officials who are now serving in office around the country.  Why?  Take a look around....you mean we can't do better than this with newly elected 'citizen-politicians' like you and me?

Say these words to yourself out loud as you read them:  “Who else is going to do it, if it is not “Me”?

That is why we have a civil government in the first place...so citizens will rule and not some tyrant, king or dictator.  Think about it....you might be in the right place 'for such a time as this'.

It is up to us as individuals to change things.  Great new leaders don't come out of some factory somewhere.  They come from people like you.

pictures courtesy of Wikipedia...
Posted by Frank Hill at 1:55 PM