What Unites — And Divides — Us As Americans 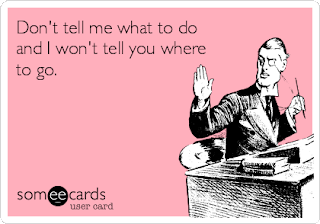 You know what really identifies us as Americans?

We sure as heck don’t want people in the other political party telling us what to do. We are not an acquiescent society of individuals by any stretch of the imagination.

“Asking” though is an entirely different matter. My father used to say he loved North Carolinians because if you asked them for help, they would give you the shirt and coat off their backs. However, if you demanded their shirt and coat, they would tell you to go to hell and fight you tooth and nail.

You know what really divides us as Americans?

That same hard-headedness and independence. We get entrenched in our beliefs and ways of looking at the world and its problems and find it hard to see things “another way”.

Such is our collective life together today in America. We see it in all aspects of life but most explicitly expressed in our sordid national politics. Hardly anyone today seeks to persuade with facts and logic with a touch of humor anymore.  The left has abandoned all pretense of “positive persuasion” and now “demands” everyone thinks like they do; say what they say and spend tens of trillions of your tax dollars and borrowed money forever like they do.

Republicans tend to not care as much about what people say or do as long as they don’t try to force them to do the same. But they still have entrenched positions they are unwilling to give up without a fight to be sure.

Ask anyone if they want to be dictated to on a daily basis. Chances are close to 100% they will answer in the negative, often with emphasis added.

The left and the media have done a good job, in their minds, of dividing us as a nation into various tribes: rich vs. poor; white vs black; atheist vs religious; straight vs gay. Identity politics has ruled American politics for the last 30 years, perhaps even longer.

One possible outcome on November 3 is that either side wins a resounding electoral victory and wipes out the other side for a decade or two. If there is such a sweep, we are either going to be a much more free democratic republic based on the principles of capitalism and free enterprise or we are going to become a socialist country in the mold of many countries in Europe.

Make no mistake about it: 2020 truly is a hinge election much like 1940, 1860 and 1780 that defined who we are as nation.  If he wins, Joe Biden is not going to be able to corral the extreme leftist socialists who provide any energy to today’s modern Democratic Party.

If we have a status quo election with split control of the White House and Congress, the only way to get anything done will be the same things that have ever achieved anything of substance in Washington — clever leadership and compromise.

Ronald Reagan used to tell his legislative team “to go up to Capitol Hill and get 75%, 60% of what we want this year. We can come back next year for the rest.”

We compromise in every other daily aspect of life: business, marriage and friendships. Only in politics is compromise a four-letter word.

It is time to get over it. For our nation’s sake.