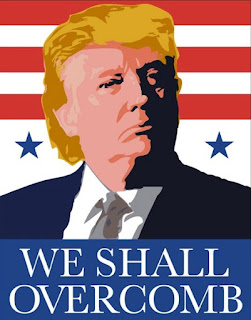 (first published in North State Journal 9.25.19)
When pundits look at who is running for president, they focus on two things: poll numbers and the amount of money raised.
They should look at two other things: how many people show up at their rallies and who is the second choice of other candidates.
Joe Biden is the “safe” choice for Democrats at the moment and is leading most polls with roughly 30% of the Democrat primary vote. But no one is running to hear him give a speech. Bernie Sanders draws larger and far more enthusiastic crowds on a regular basis.
The Democratic candidate who seems to have the momentum today is Massachusetts Sen. Elizabeth Warren. She and Sanders are the second-choice candidates named in various polls.
Warren has a very professional campaign underway according to reports. She has the money to build support in the early caucus/primary states of Iowa and New Hampshire where she should do well.
If she can survive the Feb. 29 South Carolina primary, the huge “Super Tuesday” primary on March 3 presents her a golden opportunity to leapfrog Biden since 14 states will be holding primaries, including North Carolina and delegate-rich California for the first time ever.
Political people can usually feel when a candidate is resonating with voters. In December 2015, I went to a Donald Trump rally at Dorton Arena in Raleigh. I wanted to see what all the fuss was about him running for president since “everyone knew” he did not have a ghost of a chance to be the Republican nominee much less the next president of the United States.
Ten thousand other people showed up. On the Friday night before Christmas week. The only other Republican event I have ever attended with that much energy and enthusiasm was in October 1984 when President Ronald Reagan campaigned for Republicans in the state in front of 35,000 flag-waving people at Southpark Mall in Charlotte.
I told longtime political friends in Washington who were “100% sure” Jeb Bush would be the nominee they needed to go to a Trump rally to see what was going on, which they never did, of course. There were no investment bankers or country club Republicans at the Dorton Arena event. They were mostly hard-working middle-class folks who saw Trump as someone who would “shake things up” in Washington.
Elizabeth Warren might be the right person at the right time for the current state of the far more leftist Democrat Party. The national Democrat Party is far more liberal and less moderate than any time since 1972 when then-Sen. George McGovern was their nominee against President Richard Nixon.
McGovern got blown out by Nixon. Nixon won 49 states, received 61% of the popular vote and won 520 electoral votes to McGovern’s 17.
A senior Democrat expert recently said that Biden had to be the nominee or else “we are going to get blown out in North Carolina next year”. North Carolina has been trending more liberal blue than Southern Democrat blue for the past 30 years. However, North Carolina as a whole has not moved as far left as California and New York so any candidate way to the left of Biden would alienate many non-urban Democrats and independents in the state. They would either vote for Trump or stay at home, which is like giving half a vote to Trump.
Be forewarned: 2020 will not be 1972. Warren or any Democrat nominee will win California, New York and Illinois handily plus various other dependable blue states that will give them close to 200 of the 270 electoral votes needed to win the White House. President Trump will start with roughly the same number of dependable red states and electoral votes, 200, as well.
Don’t count Elizabeth Warren or any Democrat out of winning the White House in 2020. After all, 100% of the experts “just knew” Donald Trump would never “be the nominee” or “defeat Hillary Clinton” in 2016.