The Ever-Elusive Goal Of Universal Coverage 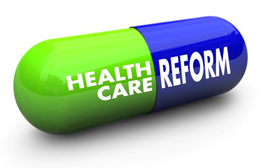 (This is a re-publish of an opinion piece that appeared in the North State Journal 4/17/19 that was co-written by a good friend of mine, Jim Capretta.

I thought it was important enough and so full of factual information that I would just forward it to you instead of trying to use his basic information and write a new piece.

I recommend you read this piece and memorize every fact in it and then forward the article to everyone you know so they can memorize these same facts. They are important in any debate on health care reform)

Talk of universal coverage is in the air. To a person, the Democratic candidates jockeying to take on Donald Trump are pledging allegiance to this seemingly elusive goal.

As Yogi Berra might have put it, “It’s déjà vu all over again.” It was only ten years ago that the country went through a raucous and exhausting national debate over enactment of the Affordable Care Act (ACA). Like today’s would-be Democratic candidates, Barack Obama ran on a platform of universal coverage, and he sold the Affordable Care Act (ACA) as making good on his campaign commitment.

After the law passed, Democrats lost control of the House in the 2010 mid-term election. Most Democrats at the time said the political price was worth it because the ACA was the culmination of a decades-long quest.

But that was then. The Census Bureau reports that, in 2017, there were 28 million people in the United States who were not enrolled in health insurance, down from 42 million in 2013. When Democrats say they want universal coverage, they apparently mean that official statistics need to show 100 percent enrollment in some form of health insurance.

It’s certainly within their rights to say the goal must be zero uninsured, but the reasons the ACA couldn’t hit that mark are likely to hinder a new effort too.

According to the Kaiser Family Foundation, today’s uninsured fall into five categories.

First, 15 million people without coverage — or half of the total — are already eligible for publicly-subsidized insurance, in the form of Medicaid, the children’s health insurance program, or a private plan that would be financed in part with federally-provided premium credits. These “eligible but unenrolled” individuals remain uninsured either because they are unaware of what is available to them, or because they haven’t taken the steps necessary to sign up. It is common and expected for a public program to fall short of 100 percent participation.

Second, 3.8 million people are uninsured because they fail to enroll in the employer-sponsored plan that is offered to them, or their spouses, at work.

Third, 1.9 million people are ineligible for employer coverage and for premium credits under the ACA because their incomes exceed 400 percent of the federal poverty line (FPL), or $103,000 for a family of four in 2019.

Fourth, 4.1 million people are uninsured because they are immigrants residing in the U.S. without proper documentation. The ACA explicitly excluded this population from subsidized coverage.

Finally, 2.5 million people reside in states that have not expanded Medicaid and have incomes that are too high to qualify for that program. They also have incomes below 100 percent of FPL (federal poverty line), which makes them ineligible for premium assistance for private coverage under the ACA.

In summary, about 90 percent of the 323 million people in the U.S. in 2017 had health insurance. Of the 28 million people without coverage, more than 90 percent were eligible to enroll in some kind of plan or had incomes that would seem sufficient to purchase insurance protection.

Only 2.5 million people — or less than 1 percent of the total population — were in the U.S. legally, had low incomes, and did not have ready access to an insurance plan.

There’s also reason to believe the Census survey overstates the problem altogether. Some respondents have coverage under Medicaid but mistakenly identify themselves as uninsured. Improving how the uninsured rate is measured would likely reduce the reported number by a few million people.

Further, many of those deemed uninsured will get coverage automatically if they need extensive medical attention and present themselves at a hospital. States are required to allow hospitals to conduct presumptive eligibility determinations for Medicaid.

Congress could entice the 14 states that have not expanded Medicaid to do so by allowing them to go to 100 percent of FPL instead of 138 percent, as called for in the ACA. Closing this coverage gap would provide insurance to the 2.5 million low-income people who do not have a good coverage option today.

Many Democrats would like the U.S. to have a completely different system of insurance.  Perhaps there are good arguments for that point of view. But that would require disrupting coverage for the hundreds of millions of people who are in stable insurance today.

A safer bet is to leave those who have insurance alone and develop a plan focused on expanding coverage to the remaining uninsured. The result would not be as dramatic as Medicare for All, but such a proposal would be far likelier to get the approval of most Americans.

Joseph Antos is the Wilson H. Taylor scholar in retirement and health policy at the American Enterprise Institute. James C. Capretta is a RealClearPolicy Contributor and Resident Fellow at AEI.

(A version of the article was first published by RealClearPolicy)