"I Hate For Us To Have The Reputation of Being Stupid" 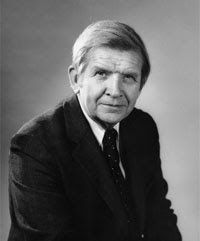 On January 17, 1984, former Governor and then-Duke President Terry Sanford gave his Duke students a life lesson about their behavior during basketball games that should resonate today for all of us on both sides who engage in public discourse and politics.

Duke always has had raucous fans dating back to the early 1960s. When they were great and going to Final Fours, the fans were secondary to the action on the basketball court.

When Duke’s fortunes went south in the 1970s, so did the nasty vitriol towards the opposition.

Duke returned to the national championship game in 1978 against Goose Givens and Kentucky. In 1980, despite having been ranked #1 for much of the season, Duke lost in the Elite Eight on March 15 to Joe Barry Carroll and the Purdue Boilermakers.

Immediately after the loss, then-head coach Bill Foster bolted for South Carolina, rumor being that Duke AD Tom Butters had refused to pave the dirt parking lot behind Cameron Indoor Stadium as Foster requested among other things.

Three days later, Butters announced the hiring of a head coach from Army, of all places, with the impossible-to-pronounce name of Mike Krzyzewski, to replace Foster.

The Blue Devils were not very good in the first 3 years of Coach K’s reign.  Duke fans thought they were horrible. They lost to Wagner. At home. In Cameron Indoor Stadium.

When people lack talent, they tend to use brute force or anger to lash out at everyone.

After years of steadily deteriorating behavior, the final straw came in a January 1984 game at Cameron when condoms were thrown at Maryland’s Herman Veal who had been charged with sexual assault.

President Sanford sat down to pen what became known as his “Avuncular Letter” which had even Duke students scurrying to their dictionaries to figure out what he was talking about.

"I hate for us to have the reputation of being stupid".

What “Uncle Terry” wrote to his students then should serve as a reproach, a reprimand and an exhortation to all of us who engage in politics today.

“It is generally assumed that a person resorting in conversation to profanity and obscenities is short of an adequate vocabulary. That is doubly true in public utterances.
Resorting to the use of obscenities in cheers and chants at ball games indicates a lack of vocabulary, a lack of cleverness, a lack of ideas, a lack of class, and a lack of respect for other people.

I hope you will discipline yourselves and your fellow students…It should not be up to me to enforce proper behavior that signifies the intelligence of Duke students. You should do it. Reprove those who make us all look bad. Shape up your own language”.

Today’s toxic level of public discourse is just as bad as those Cameron Crazies back then. Or worse.

Have you found yourself thinking out loud or writing that someone is “stupid”? Stop it. Don’t ever do it again. It makes you look “stupid” in the eyes of everyone who sees or hears you say it in public.

It makes your team and your cause look “stupid” as well.

Calling someone “stupid” and expecting them to agree with you is self-defeating and by definition “stupid”. I have never supported anyone who called me “stupid” even if I agreed with them 95% of the time.

Mark Twain is oft-misattributed as saying the following which doesn’t make it any less true: “It is better to remain silent at the risk of being thought a fool, than to talk and remove all doubt of it.”


If calling other people “stupid” makes you feel better about yourself, go ahead and do it. Just know you are making a complete and utter fool of yourself and not making one iota of progress towards winning a political argument.