Why Did Evangelicals Vote For President Trump in 2016?

Michael Gerson wrote ‘The Last Temptation’ in The Atlantic recently where he struggled to understand why, and how, evangelicals in America supported Donald Trump in the last election and have stood by him despite his flaws in moral judgment and character.

Political cognoscenti and #NeverTrumpers such as Mr. Gerson who grew up in the ‘values-based’ campaigns of the 1980s worry that the Trump Administration is ‘the beginning of the end for the American Republic’ or perhaps plain and simply ‘The End’ of all things sacred in American politics.

They fail to understand this simple premise: ‘Why would anyone want to vote for a candidate who will not support policies to make their lives better?’

American presidential campaigns are not about selecting the ‘nicest’ or ‘most moral’ person to occupy the White House and make the most important decisions in the world on a daily basis. It would be nice if they were, but history has shown they were mostly not.

American voters, be they Christian or not, want the following things in order:


Evangelicals, along with tens of millions of other citizens, did not see any appreciable wage gains adjusted for inflation under Bush 43 and certainly not under Obama for 16 long years. 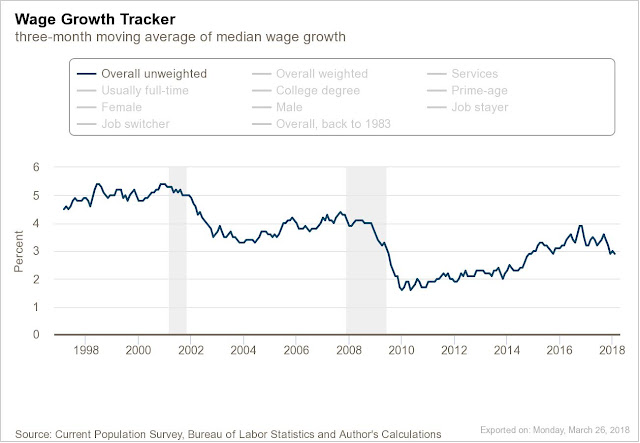 They saw the US attacked on our soil for the first time since Pearl Harbor on 9/11. They saw the greatest economic crash since 1929 and the resulting Great Recession that ranked just behind the Great Depression 80 years previous.

They did not see any incumbent elected politician doing anything that helped them out personally in a major way. So they took a chance on the ultimate outsider and rolled the dice hoping he would shake things up in Washington, DC so they could find a good job or keep the one they had.

Being a ‘moral’ or ‘religious’ person is no guarantee of being an effective President. Jimmy Carter may have been a great Sunday School teacher but he was one of the worst decision-makers and leaders in White House history.

No one wants to elect someone who makes their lives more miserable. No sane person at least.

Political consultants always tell their candidates the same thing: 'This campaign is about JOBS, JOBS, JOBS!'

That is what fueled the evangelical support for Trump that is still strong. They now see their pay checks going up due to the tax cuts and the better economy; they see more job opportunities for themselves and their children and friends and they feel safe when Trump talks tough in his Queens way of talking to our adversaries overseas.

Just as other religious and non-religious people who voted for Trump across the board even though many held their nose doing it while thinking: 'Well at least he ain't Hillary!'

Politics is not about a candidate’s personal religious belief, manners or character as Michael Gerson and others want to believe. Politics is about citizens electing representatives who will get things done that help them lead better lives for themselves first and everyone else as well.