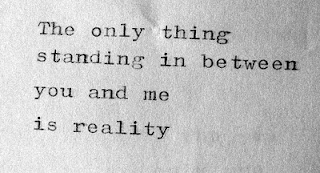 It all depends on what you want to believe.

If you love the ACA and President Obama, you want to believe 30 million people 'will lose their health care coverage if the mean old Republicans pass their bill!'

If you hate the ACA and want the Republicans to overturn Obamacare in its entirety, you want to believe that 'hardly anyone is going to lose their health coverage if the Republicans pass their bill'

When it comes to political statistics, where you stand depends not only on where you sit on the political philosophy spectrum but how your amygdala gets triggered: either for the liberal side of things or things conservative. (The amygdala is where the animal response lies in the human brain).

Let's face it: we all get hard-wired one way or the other over time after listening to political debates and trained like Pavlov's dogs to respond viscerally and emotionally primarily with anger towards 'the other side'.

The first casualty is ALWAYS 'the facts'. If we can all learn to control our emotions and look at the facts first before opening our mouths and launching a fusillade of attack against 'the other side', we might all be better off in the long-run.

Doug Badger wrote a pretty good article explaining the wide range of estimates concerning the number of future enrollees in private plans and Medicaid in the Republican American Health Plan due to be voted on tomorrow if the legislative schedule, and the votes are there to pass it, hold.

Here's one conclusion he came to:

'For all the hoopla about the ACA exchanges, it appears that Medicaid accounts for the lion's share of coverage gains and that many new Medicaid enrollees would have been eligible for that program even if the ACA had never passed'

'Since the release of the HHS study, the government has published two additional surveys of health-insurance coverage - the Current Population Survey (CPS) and the American Community Survey (ACS). Both offer data through the end of 2015, allowing for comparison with the NHIS estimate.

The three surveys use different methodologies to produce estimates of the number of non-elderly adults who gained coverage. These estimates vary by 20 percent - ranging from the CPS estimate of 13.7 million to the NHIS estimate of 16.5 million.'

Here's another report in Real Clear Policy, 'CBO: You Can't "Lose" Medicaid You Don't Have' you need to read to get a bead on how the CBO estimates of '24 million people will lose coverage' if the Republican plan is passed in total by the end of this year after it wends its way through the gauntlet of legislative process.


'The Congressional Budget Office (CBO) had to deal with two separate worlds when it analyzed the American Health Care Act (AHCA), the version of “repeal and replace” put forward by two House committees. While the CBO exists to provide numbers that relate to spending, deficits, and the economy, a different number got the most attention: the assessment that by 2026, 24 million fewer people would have health insurance.

There is a very long way to go before any final version of any Republican plan to reform health care coverage in America is complete. It could be late October for all we know right now. Or it could be November or right before the Christmas holidays.

We remember several sessions lasting right up to about midnight on December 23.  No one liked it but it sure made people make decisions and compromises on passing a large piece of legislation so they could get home and enjoy the holidays with their families and friends.

Be prepared with the facts before you get too heated one way or another about this bill. Calm cooler heads need to prevail if we are ever going to find some long-term solutions to health care in America.

Living more healthy lifestyles would help. Raise your hand if you think Americans are ready to give up their cigarettes, soda, chips and Twinkies and exercise 30-60 minutes every day and curtail their beer, wine and alcohol consumption.

But that would require far more than any congressional legislation could ever achieve.