The Trojan Horse's Nose Under The Tent--Opportunity Lost

And will stay that way until something passes the House with 218 votes and 51 votes in the US Senate and President Trump signs it into law to supersede what President Obama and the Democrat Congress passed into law in 2010.

Those are the rules of the game whether anyone likes them or not. It is like the Rules of Golf; you move the ball in the rough while clearing some leaves or twigs around it and you incur a penalty whether you think it is fair or not.

Get used to it.

The best way we can describe what happened this week on the health care vote is to use two ancient examples in tandem:

The Republican strategy was to drag a Trojan Horse into the US Senate tent under the budget reconciliation and Byrd Rule hurdles where it could pass by simple majority vote of 51 and THEN be used as a vehicle for further reform and amendment. 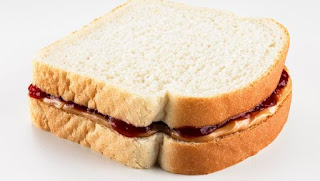 If Republicans had 60 US Senators in the Senate, and they were all in agreement, the details of the Republican bill really would not have mattered very much. They could have put together a peanut butter-and-blackberry jelly sandwich and called it the 'American Health Care Reform' (AHCA) and it would have been accepted as a bill apart from the budget reconciliation and Byrd Rule restrictions and passed into law.

But they don't. Not yet anyway. With 24 Democrat Senators up for re-election in 2018, and 10-12 in states where President Trump won by double-digits, there conceivably is the chance Republicans could pick up the 8 US Senate seats to get to the magical number of 60.

The press is proclaiming this as a 'spectacular' defeat as if this was the final defeat at Waterloo for Napoleon.

This is the first major setback 2 months into a US Presidency that lasts 48 months at least. There are plenty of battles left to fight on tax reform, immigration reform, reducing the size of government bureaucracy just to name 3 that will happen after Judge Neil Gorsuch is confirmed as the next Justice on the US Supreme Court.

(Our advice to the Senate Majority Leader, Mitch McConnell, not that he needs our advice, is to tell Minority Leader Chuck Schumer: 'Go ahead; Make My Day!' and let him start a filibuster against the Gorsuch nomination on the floor of the US Senate. Based on the laws of human anatomy and physics, we anticipate the filibuster will last about as long as the youngest Democrat Senator with the largest bladder can stand up and yammer, which might be about 24 hours probably, 36 hours at best)

The reason why the Freedom Caucus needs to come up with another 188 votes is that they seemed to be the largest organized group in the Republican Caucus directing traffic at the end of last week. They secured some concessions according to news reports but with each concession, they lost more moderate members of the Republican Caucus such that no ground was gained to get to 50%+1. (216 in this case since 5 seats are now vacant in the US House)

Unless they are waiting for 2018 elections to come around and deliver 8 more Republican Senators to get to 60 in the US Senate, that is. Which will be problematic if Republican House Members and Senators have to go back home to face an angry primary and general election electorate who thought they were going to 'repeal and replace' Obamacare this year, not in 2019 or beyond.

President Trump has proven his willingness to negotiate and compromise and cut deals with anyone during his business career and now in his first 65 days as President. He has signaled his willingness to work with more moderate and/or conservative Members of the Democratic Party in the House of which there might be about 30 or so left in order to get some sort of health care reform passed this session of Congress. Not the next one.

It is a basic matter of arithmetic. Get to 218 votes and you can pass a bill in the House. With or without the Freedom Caucus or the Tuesday Group or any other subsection of the Republican Caucus.

There was over $1 trillion of tax cuts and over $1 trillion in reduced spending from the future baseline of federal budgets in the AHCA according to Americans for Tax Freedom. For most fiscal conservatives, that alone would have been enough to start the process of unraveling the ACA instead of stonewalling it.

Anyone who says that 'fixing' our health care system is easy and simple really doesn't not have much credibility in our book. It is one of the most vexing and complicated public policy issues of our time and for the past 40 years at least.

As long as the process helps produce a system where everyone can have access to catastrophic health care insurance coverage (in order to protect them and their families against the truly catastrophic costs of adverse health conditions such as cancer, stroke, accidents, etc); preventive health care; dental care and wellness training at a very minimum, we think that would take us back towards a rational and workable health care system in America.

But the process has to get started first. 218 votes in the House of Representatives is where it has to start.