'He Could Bankrupt America!'--Hillary Clinton 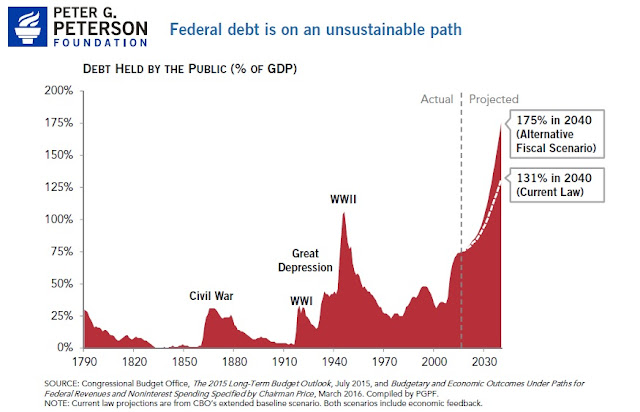 "What little we know of his economic policies would be running up our debt, starting trade wars, letting Wall Street run wild, all of that could cause another crash and devastate working families and our country" Hillary Clinton said Monday.

"He could bankrupt America like he's bankrupted his companies"

Who is she really talking about, Donald Trump or our current President Barack Obama?

Out of the hundreds of businesses Donald Trump owns, it is reported that he took 4 of them into some form of bankruptcy protection which is a legal way to protect assets while reorganizing the underlying business.

America has some of the most lenient bankruptcy laws in the world mainly because we used to want to encourage risk-taking on the part of entrepreneurs and business people who will experience failure as they take any sort of risk along the way and then we want them to get back into the game where they can start a new business and hire people and create jobs and all that.

Most people never start one business during their lives. Many are content just to work for someone with the guts and vision and courage it takes to put up their own money or borrow it from investors, struggle through the start-up phases of any business; try to meet payroll and pay taxes on time...and then get 'blamed' by people like Hillary Clinton and Bernie Sanders and Barack Obama for 'making a profit' as if that is a bad thing in America somehow.

That is what America is all about in the first place. Having the freedom to take an idea and make it grow into something you want it to be, not the President or your parents or any of your friends or foes want it to be.

Failure to understand that dynamic is just one of the many landmines in President Obama's failed economic policies, one which apparently Bernie Sanders adheres to as does Hillary Clinton.

The more pertinent point to Hillary Clinton's myopic comment though is this:


'How can Donald Trump do ANYTHING that would lead to more 'bankrupting' of America than President Obama has allowed to happen over the past 7.5 years of his leadership (sic) and presidency?

Let's look at the videotape:

That is a 100% increase in anyone's book whether standard math, Common Core or from Ray's Arithmetic Series for elementary school students back in the 19th century.

Can anyone deny that happened under President Obama's watch while in the White House?

Didn't think so. Facts are facts and numbers are numbers. Presidents get judged by history depending on the day they took the oath of office to become President right through the day they leave the White House.

Why is the national debt of any concern anyway? Why can't we just borrow all that we want when we want to borrow it and fix all the problems we face in America right now?

If the President was some sort of 'Anti-Isaac Newton' who could repeal the laws of economic gravity, that would be a good solution.

However, in the annals of recorded human history, excessive borrowing by any form of government from kings to dictators to republics to communism has always led to financial disaster for the citizens of said state or country.

100% of the time. There is no getting around it. Profligate spending on the part of any leader or elected legislatures of any country has always led to depreciation of the currency; high interest rates, high rates of inflation or even hyper-inflation and a general collapse of the economy which hurts everyone. Especially low-income, wage-earning people whom proponents of more federal spending purport to say they want to help.

Running up exorbitant levels of collective debt that can destroy our economy and freedom is not a good way to help anyone in our book.

Here's some charts that help explain what is truly at stake in this upcoming election:

There really is no more important question to be asked of you, the voter, when it comes down to deciding who to vote for in the fall election.

Once the country has made their choice on November 8, there is no going back and asking for a do-over or mulligan, you know. 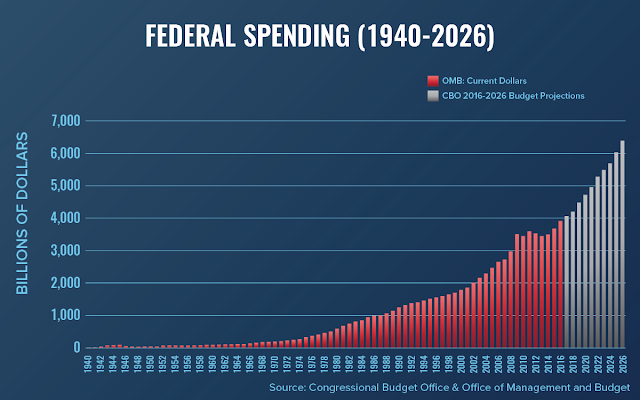 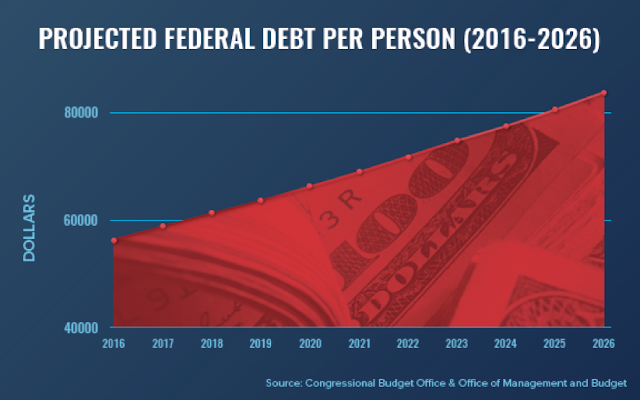